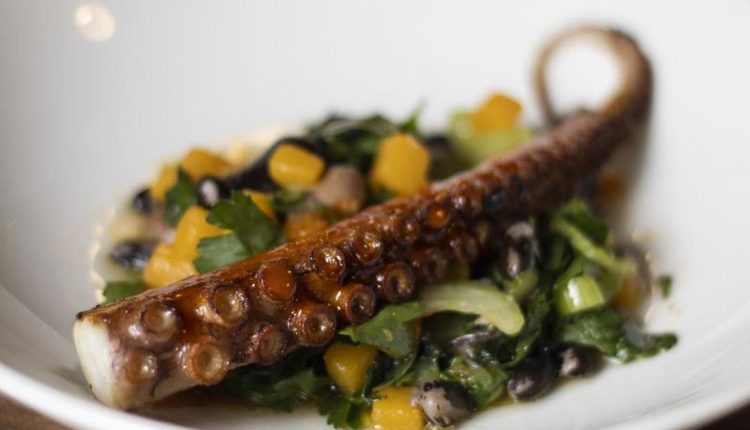 As a European food journalist, with only a faint idea of American gastronomy, I set out on a culinary road trip through the Deep South

Five states in the deep south, a tiny car on a freeway full of mega trucks and a journalist with a big appetite. My plan is to travel the Bible Belt from North Carolina through Tennessee, Mississippi, Louisiana, and on to Texas. The reason for this trip? I’m a European food journalist and I have only a vague idea of ​​American gastronomy.

In southern Europe, where I live, American food has a reputation for being greasy and inferior to our own – a stereotype maintained by the apparent popularity of simple burgers and all-you-can-eat buffets. My mission on this gastronomic journey is to dispel this myth.

Armed with a microphone, I set out to interview locals at street restaurants, award-winning grill masters, and the chefs who preserve the heritage through their interpretations of southern cuisine. My on-site research will be incorporated into my new Food Trippin ‘podcast.

In North Carolina, I drive past “Get your Ammo” signs between billboards for waffle burgers. It feels like I’ve crashed on foreign territory. Once in the Outer Banks – a chain of islands off the coast of the state – I am comforted by pastel-colored beach houses and dreamy sand dunes where wild horses live. I can understand why the first settlers in America chose to stay here.

I’m ashamed to say I don’t expect much from the food, but the Outer Banks’ proximity to the Atlantic means it is a stop for fresh seafood. The aptly named I Got Your Crabs is a roadside diner that serves just that. I devour a crab taco with a singing sriracha mayonnaise, mango, and crispy cabbage and coriander. I could be in Mexico if it weren’t for the gray drizzle and Brad Paisley roaring on the radio.

This is where I meet Sharon Kennedy, a local cooking legend who promises me the best shrimp stew of my life. In their wooden boarded beach house, we peel potatoes and sizzle prawns while we talk about the hurricanes ravaging this part of the United States. “I find it invigorating,” says Kennedy.

The stew is a robust, steadfast meal to accompany the locals in bad weather. It is thickened with “cake dough” (a mixture of flour and water) and seasoned with parsley, salt and pepper. (The spice in North Carolina is easy, Kennedy explains, because early settlers didn’t have access to many spices.)

I’ve never seen fatter shrimp in my entire life, and the stew is heartwarming but not heavy. It’s served with endless refills of Kennedy’s sweet iced tea, and I am touched by my first experience of southern hospitality.

The same goes for my experience in Nashville, where my housekeeper, Kiki, invites me home to cook with her mother, Darcelle.

“I got this from my mom, and she probably picked it up from her mom,” says Darcelle of the no-bake lemon cake we’re making. American pie is a classic from the south, of course, but the icebox pie is an incredibly simple alternative that was invented in the days before ovens were readily available to all Americans. We mix the juice of lemons with a can of condensed milk, pour it into a pre-made graham cracker crust and put it in the refrigerator. Voila. Cake ready.

The cake has just the right balance between the hint of citrus fruits and the sweet creaminess of the condensed milk. It is reminiscent of the joys of convenience in America, where a purchased base can make more sense when time and money are limited.

I see that on the street too. The drive-through, an American invention, even changed the types of fast food popular in the United States from the 1950s onwards. The burger got big because it can be eaten on the go with one hand while driving.

To avoid burgers, I go to Nashville’s Husk, the restaurant known for raising traditional Southern cuisine to gourmet standards. Here I have my first serving of impressively delicious grits.

Endemic to America, corn was a staple food for the Native Americans before the European colonists came. The settlers took it over, grinding the corn and combining it with water to create a filling, polenta-like bowl. At Husk, grits are enhanced even further with a topping of delicate microgreens, giant grilled shrimp, and beetroot pearls that pop satisfactorily at the first bite.

So many of the places I visit on this culinary road trip are reminiscent of classic American dishes, but with nifty twists. In Jackson, Mississippi, for example, at the Old Capitol Inn, fried chicken is made lighter with a Japanese-inspired coating of panko breadcrumbs. In New Orleans – where devilish eggs are a mainstay – I eat poppy rice puffs and spring onions, served with a side dish of burlesque, at Bar Marilou, which eschews the dense mayonnaise and egg yolk filling in favor of soy.

In New Orleans, I immerse myself in a bowl of gumbo and jambalaya. Characterized by French, Spanish, West African and British influences, the dishes are a mixture of cultures in one pot. And here I can taste the European culinary flair like nowhere else.

French settlers gifted New Orleans with delicious, creamy roux, but at Costera – an uptown restaurant that combines coastal Spanish cuisine with a Louisiana kick – I learn that the city’s flavors are bolder and bolder thanks to Spanish and West African influences are spicier.

When I cook with Anne Leonhard and Harriet Robin at the New Orleans School of Cooking, they explain to me that the people here are fanatic about food.

“You go to the grocery store and talk to the people next to you in line about what you want to do with the piece of meat you buy. Whether black, white, Hispanic, Jew, Vietnamese or whatever – the food connects us, ”says Leonhard.

Leonhard is of Cajun descent; the group of French settlers, or Acadians, landed in Louisiana after being driven from modern Maritime Canada. Hence Cajun seasoning, a mix of paprika, garlic powder, pepper, oregano, and onion powder that is different from New Orleans. Then there is Creole cuisine. Robin explains that “Creole” means anyone of mixed race (regardless of ethnicity) born after the colonies of Louisiana were settled. The definition speaks for the amalgamation of cultures and flavors celebrated here.

At the Commander’s Palace, an institution since 1893, the weekend is reason enough to celebrate. I am served a three-course brunch at a table decorated with balloons. Next to me someone is cooking a bananas foster, a flambé dessert from New Orleans that has cinnamon sprinkled on the flames to create firework-like sparks.

It is a real treat and I am forced to undo the top button of my jeans. I was expecting this, but I didn’t know it would feel this good. By preserving and reinterpreting traditional dishes of the American South, innovative chefs and amateur cooks give soul food a new meaning. No Stodge in sight – just pure southern comfort.

Anastasia Miari is the co-author of “Grand Dishes” and the journalist behind “Food Trippin ‘”, a new travel and food podcast available on Spotify and iTunes. Travelers are reminded to educate themselves about any health restrictions that could affect their plans.

Anyone can read conversations, but to be able to contribute, you should be a registered Torstar account holder. If you don’t already have a Torstar account, create one now (it’s free)

Conversations are the opinions of our readers and are subject to the code of conduct. The star does not support these opinions.

It’s time to throw a shrimp on the barbie!

It’s time to throw a shrimp on the barbie!