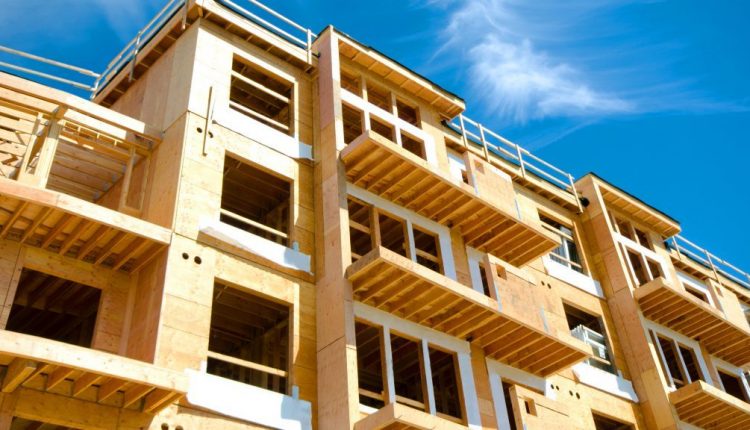 Ontario should take immediate steps to bring provincial building codes into line with the national system to allow wood to be used in mid-height and taller residential buildings.

This is the opinion recently sent to the provincial Department of Natural Resources and Forests staff by Richard Lyall, President of the Residential Construction Council of Ontario (RESCON).

“RESCON believes that harmonizing the Ontario Building Code with the National Building Code (NBC) should be an urgent priority as Ontario is already way behind many other jurisdictions,” he wrote in the three-page letter.

“To ensure successful and timely harmonization of the Ontario Building Code with the National Building Code, it is imperative that government and industry work together.”

The next edition of NBC, which is expected to appear at the end of the year, will allow the use of tall wooden structures with fire-resistant material for up to 12 stories.

The letter summarized the organization’s thoughts on drafting a strategy for the Ontario forest sector, entitled A Blueprint for Success. The province has consulted with indigenous, community and industry leaders to develop a plan that will, among other things, expand the market for Ontario’s wood products.

Seven round table meetings were held across the province and the plan was presented to the public for comment.

RESCON, which represents more than 200 residential construction companies in the province, has advocated a harmonized strategy and believes that the current Ontario code limiting the height of wooden buildings to six stories is out of date as other provinces and jurisdictions are allow much taller wooden structures.

The draft forestry strategy notes that through efforts such as its Housing Action Plan, the province is working to align the Ontario Building Code with national regulations, as this will expand the possibilities of using solid wood in Ontario buildings and create new ones Markets can be opened up for manufacturers and provide impetus for the broader forest sector.

The strategy also notes that the province has supported four tall wood demonstration projects: a 12-story arbor development by George Brown College; a 14-story Academic Tower at the University of Toronto; a 12 story North Bay condominium; and an eight-story office building in Toronto.

“RESCON commends the province for supporting these projects,” says Lyall. “However, Ontario’s building law environment still lags far behind that of other Canadian and international legal systems. To that end, more needs to be done to update the Ontario Building Code and related regulatory compliance and enforcement systems. “

Lyall states that RESCON “strongly supports” the use of more wood in taller residential buildings and believes that Ontario should allow all construction types that meet the very high safety and energy efficiency requirements of the Code.

“Introducing the option to use more wood will have industry-wide benefits as competition will be increased with more choice and options,” says Lyall.

“Should a client switch from steel or concrete to a timber construction system for certain types of taller buildings, the building code (Ontario) should be based on international best practices and should not be an obstacle to safe, energy-efficient construction.”

Lyall says in his letter that builders currently looking to build taller solid wood buildings in Ontario need the more difficult and unsafe option of “alternative solutions” to get a building permit, which is much more burdensome for applicants and planners.

“We believe that improved collaboration with the departments of the Department of Local Affairs and Housing responsible for administering the Ontario Building Code is necessary and essential to the success of the Ontario Code harmonization efforts. Together with industrial partners, RESCON will continue to work with the Ministry of Natural Resources and Forests, as well as other relevant ministries, in order to advance harmonization quickly. “

RESCON also emphatically supports the idea of ​​increasing the use of modular and prefabricated components such as open and closed building panels in residential construction projects,

“Accordingly, RESCON recommends accelerating the increasing acceptance of modular and paneled buildings, including those that use advanced wood-based materials, and moving from a future measure to an immediate measure,” Lyall said in his letter. “This is a priority for RESCON and the industry and an issue on which we will be working closely with the government in the near future.”

He points out that the increasing use of closed panels and modules also requires a modernized building regulations system with updated standards, since such constructions are heavily dependent on factory-assembled components that conform to building regulations.

“Through the certification of the plant by an accredited certification body and the labeling of the prefabricated parts, the local building supervisory authorities can rely on the fact that the plant certification complies with the relevant building law requirements.”

It is therefore important that the building regulations refer to the latest standards on prefabricated panels and modules.