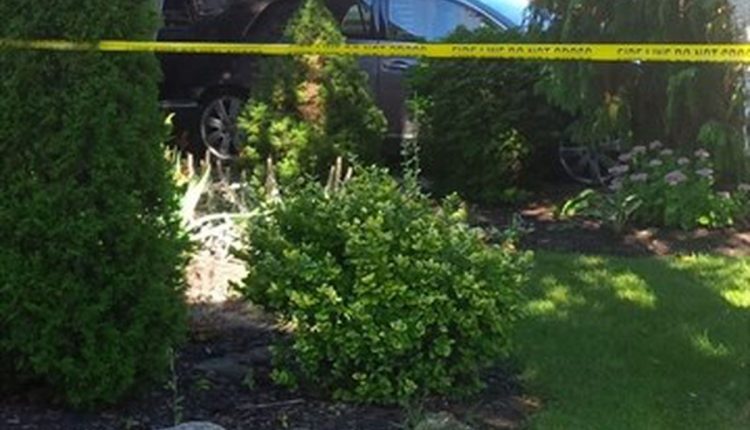 KITCHENER – City fire departments and police are investigating after a silver Toyota reversed down a street, injuring a man and breaking into the front door of a house in Kitchener on Sunday afternoon.

Neighbor Yazan Hashem was eating with his family on Marketa Crescent in Kitchener when he heard a loud bang.

“I came outside and saw my car was in her front yard,” referring to a neighbor’s property across the street. “I saw an older man lying in their driveway.”

Police said the 84-year-old woman who drove the vehicle will not face charges after she lost control of her car, hit an 84-year-old man trying to get into her car, hit a parked Honda, and the house across the street collided with the front door.

Kitchener Fire Platoon Chief Greg Willett said they received a call at 3:09 p.m. Sunday saying a man had been hit by a vehicle.

“When they arrived there was someone lying on the ground in or near a driveway across the street (the car pulled into 18 Marketa Cres.)”

He said a dark gray Toyota sedan across the street met an elderly man and drove on from the 17 Marketa Cres driveway. to the front door of 18 Marketa Cres., on the way to the door a silver Honda Civic.

The 84-year-old was taken to hospital with serious injuries, the police said.

Hashem had removed the Honda Civic from its driveway so that he and his father could seal it. ?

“If my car was (out of the way) I could only imagine how much damage it would do to their home,” Hashem said.

Police said the house was at 18 Marketa Cres. The collision caused property damage of 50,000 euros.

Willett said an employee of the City of Kitchener’s Buildings Department assessed the damage to 18 Marketa Cres and later asked a civil engineer to inspect the building because “the damage was greater than he thought it was from our first report.”