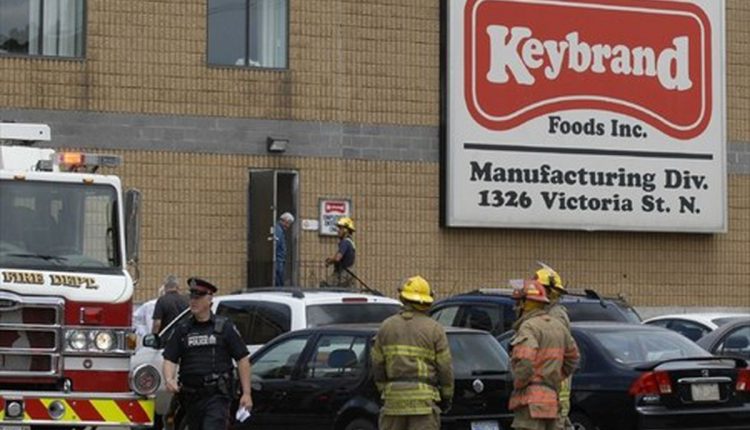 KITCHENER – Twenty-one Keybrand Foods employees went to hospital on Friday after a carbon monoxide leak at the Kitchener facility.

Emergency teams responded to the incident at 1326 Victoria St. N .. around lunchtime.

It was there that firefighters found carbon monoxide levels in the region of 350 parts per million, Kitchener Fire Chief Tim Beckett said.

“350 is pretty high,” said Beckett. “Many alarms start at much lower levels.”

Acceptable readings in a residential home are typically in the five to 10 parts per million range, he said.

Beckett said the fire department was made aware of the problem by the Waterloo area emergency services after a paramedic at Grand River Hospital reported that about 20 people had arrived there complaining of carbon monoxide symptoms.

Beckett believes the company organized the transportation of these employees to the hospital on its own.

It is not known when the first symptoms of the disease arose or whether the facility is equipped with carbon monoxide alarms.

In a press release, the hospital said it had treated 21 people. After the emergency services arrived, a person was seen walking to an ambulance at the scene.

By the afternoon, the hospital announced that four patients had been transferred to inpatient units for further care and observation. Your individual terms have not been published.

The rest had been treated and should be released after further observation.

Beckett said the company turned off a furnace and then the fire department isolated it. The crews used a turntable ladder to get to the roof to help ventilate the building. The plant was evacuated and the employees gathered in the parking lot.

Both the provincial Ministry of Labor and the Technical Standards and Safety Authority have been notified.

According to its website, Keybrand makes a variety of prepared salads and appetizers for sale to the general public and the hospitality industry under the Keybrand, Deli Classics, Johnston’s and Sun Gem brand names.

Carbon monoxide symptoms can include headache, dizziness, weakness, confusion, and flu-like effects. High exposure can lead to unconsciousness and death.