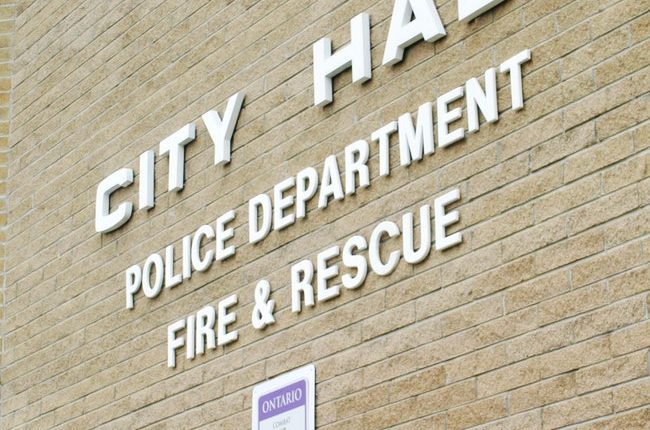 City lawmakers concede there will be no easy, or quick decisions on hiring a new city manager

Adam Brown, the current city manager, is set to depart from his post soon but city elected leaders said his replacement is probably months away from being selected.

Elected city leaders won’t be focused on finding a new city manager until after budget hearings are finished. (The Enterprise/FILE)

ONTARIO – The search for a new Ontario city manager has yet to begin and probably won’t start until after budget hearings, Mayor Riley Hill said last week.

Even then, it could be four to six months before the position is filled, according to elected city officials.

Adam Brown, the current city manager, notified city officials recently he will take over a similar post for the city of Keizer. Keizer officials announced Brown would be their next city manager pending a background check and the finalizing of his contract by March 7.

Brown made $137,000 a year as Ontario city manager. He said his pay as the top Keizer administrator is still being worked out.

Brown said he expects to be in his position by mid-April.

The city budget hearings are scheduled for Tuesday and Wednesday, March 8-9 and, if needed, Thursday, March 10.

“There will be discussions about it at the next council meeting,” Hill said.

The next city council meeting is set for March 22.

The city manager helps supervise and prepare the annual budget, directs and supervises city departments and department heads and serves as a liaison between city staff and the council.

The city manager also plays an important role in planning the city’s future.

Brown said last week the city has a few choices moving forward to fill the spot.

Officials may hire an interim city manager while they search for a full-time replacement, he said.

Brown also said he told councilors that he would connect them with the International City/County Managers Association to find a suitable replacement.

“They told me they would welcome any options,” said Brown.

Brown cautioned, though, that the current market for city managers is tight.

Brown said the effort to fill the vacant position will “be a process.”

Councilor Michael Braden also said there will be no quick fixes regarding a new city manager.

Hill said he was “a little surprised” by Brown’s decision.

Hill also said there was no “concerted effort to get him out.”

“Absolutely not,” he said.

Last week, former city councilor Norm Crume asserted there was a coordinated effort by Hill and Councilor Ken Hart to push Brown out of his position.

“They’re just making it so uncomfortable for him he feels he has to look elsewhere,” said Crume.

For his part, Brown has shied away from listing any one factor that prompted his decision.

“I don’t want to leave anything negative because there are a lot of good things coming this city’s way,” said Brown.

EXCELLENCE IN JOURNALISM – Available for $5 a month. Subscribe to the digital service of the enterprise and get the very best in local journalism. We report with care, attention to accuracy, and an unwavering devotion to fairness. Get the kind of news you’ve been looking for – day in and day out from the Enterprise.

On Camera, Shanghai Residents Clash With Police Over Virus Policy

International Zeolite Details Strategic Transformation to a Zeolite Product and…