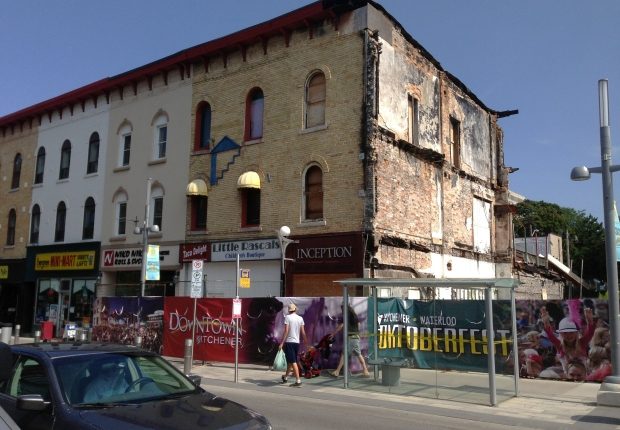 Two buildings in downtown Kitchener are available for demolition by city officials.

The buildings on King Street East were damaged by fire in 2011 and have remained untouched since then.

Kitchener City officials say the buildings have been rated unsafe while neighbors say they would like to see something nicer.

“It’s a bit of a thorn in the side,” says Kevin Thomas, owner of Rainbow Caribbean Cuisine.

“Someone has to initiate an action plan. If it is up to the city to make a difference here, to start here, I am fully for it. “

The building owners have three weeks to repair or remove the buildings.

If nothing is done, the city says they will put in a demolition team and add the cost to the property taxes of the owners.