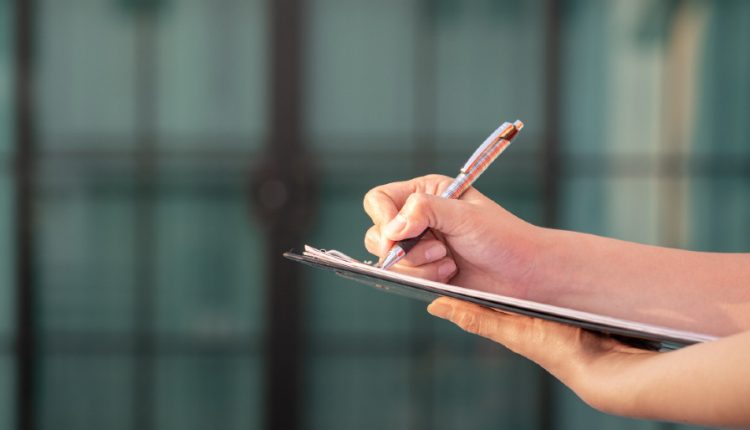 Ontario’s urban building stock has fallen the furthest behind in repair and refurbishment of capital among seven categories of municipal infrastructure assets examined in a newly released report by the Financial Accountability Office of Ontario (FAO). The analysis, which is part of the FAO’s efforts to identify vulnerabilities to the threats of climate change, concludes that approximately 55 percent of all municipal infrastructure is in good condition, but less than 42 percent of the assets in the ” other buildings ”. and facilities ”deserves this rating.

This includes a diverse list of public housing, government buildings, cultural / recreational / sports venues and solid waste disposal facilities with a current replacement value (CRV) of nearly $ 75 billion. These assets account for approximately 15 percent of the total value of locally held infrastructure across the province. In addition, many large buildings such as transit terminals, water and wastewater treatment plants are shown in other categories of infrastructure facilities.

The FAO estimates the current replacement value of all of Ontario’s municipal infrastructure at approximately $ 484 billion. With 130 billion US dollars or 27 percent of the CRV, roads make up the largest share, followed by wastewater infrastructure (20 percent) and drinking water infrastructure (17 percent). Local transport accounts for the lowest share of the infrastructure value at 2 percent. However, nearly 30 percent, or $ 1.8 billion, of assets in this category are identified as “building-like” structures, including commuter stations, track shelters, garages, and other maintenance / storage depots.

Within the Buildings / Facilities category, approximately 122,770 social housing valued at more than $ 23 billion is valued. The administrative headquarters and cultural, recreational and sports venues each have a CRV of more than $ 19 billion, with the remaining choice of buildings for judicial, health, social or waste disposal purposes estimated at $ 13 billion.

As a reflection of the wide range of municipal responsibilities, the buildings / facilities include 1,332 community centers, 813 libraries, 382 museums and archives, 76 galleries, 184 material recovery plants, 129 composting plants and 18 anaerobic digestion plants. As an example of the ongoing challenge of managing solid waste and the resulting greenhouse gas emissions, Ontario communities currently have 242 landfills, 181 active landfills, and 625 inactive landfills and landfills that also fall into this category.

Provincially, the FAO concludes that a backlog of $ 52 billion is required, based on 2020 costs, to bring assets to good condition. This presumption is based on several sources: data provided by the municipality and / or local wealth management plans (AMPs), if available; Canadian Core Public Infrastructure (CCPI) survey by Statistics Canada; the Financial Information Return (FIR) of the Ontario Department of Local Affairs; and the Ontario Department of Infrastructure Urban Inventory. FAO researchers then derived their own scale to aid in a more consistent interpretation. It is also noteworthy that there was no health data available for infrastructure assets valued at more than $ 47 billion, or approximately 10 percent of the total CRV.

“The reported status data are associated with considerable uncertainties. In some cases the reported condition data was based on on-site technical inspections, while in other cases the data may be imputed based on the age of the asset or simply reflect the community’s judgment in the absence of a site inspection. Additional uncertainty arises from the standards according to which the condition in the municipalities is assessed. For example, an asset rated “good” in one municipality may be rated “fair” based on the framework of another municipality, ”the report admits. “To address this uncertainty, the FAO has set a broader limit on the condition of any asset. For example, an asset reported as “good” could have a status from “very good” to “adequate”. Based on this approach, the FAO has developed a series of condition assessments. “

The report also reminds community officials that they now have less than 11 months to meet the first reporting deadline in a 2017 provincial ordinance requiring them to create publicly available asset management plans that report the state of their current infrastructure assets, future needs project and establish a strategy for capital preservation. These are to be submitted by July 2022 for core assets related to water, sewage, rainwater, roads and bridges / culverts and by July 2024 for non-core assets that include other buildings / facilities.

The FAO analysis generally found that drinking water, sewage and rainwater infrastructure is in excellent condition, with more than two-thirds of assets in the three categories classified as in good condition. According to the municipal building inventory, the roads are the second worst percentage, with more than 56 percent considered defective.

Backlog-to-CRV ratio is a meaningful metric

“The Arrears to CRV ratio shows the relative decline in assets. The higher the proportion, the worse the condition of the assets, ”explains the FAO report.

Interestingly, transit and bridges / culverts contribute relatively modestly to the overall backlog of expenditure – with a quotient of 2 and. The drinking water infrastructure has the lowest ratio of residue to CRV at 7.3 percent, with the quotas for sewage (8.8) and rainwater (9,8) lie on the next steps.

Regionally, the Greater Toronto Area has both the highest percentage of assets classified as in good condition (62.3 percent) and the lowest ratio of repair backlog to CRV (9 percent). Ottawa has the most catching up to do, with only 38.7 percent of infrastructure assets that are considered to be in good condition, while the counties of the neighboring Kingston-Pembroke region are the worst behind the CRV ratio with 19.7 percent.

“Maintaining assets in good condition helps maximize the benefits of public infrastructure and ensures that assets perform their intended services in a condition that is considered acceptable from both a technical and cost management perspective,” advises the FAO report. “Maintaining public infrastructure in good condition is generally the most cost-effective strategy over the life cycle of a facility, but it is not the only consideration for asset managers with multiple budget priorities. However, postponing repairs further increases the risk of service disruptions and over time increases the cost of municipal infrastructure. “

SOMA on Cambie rises in Vancouver