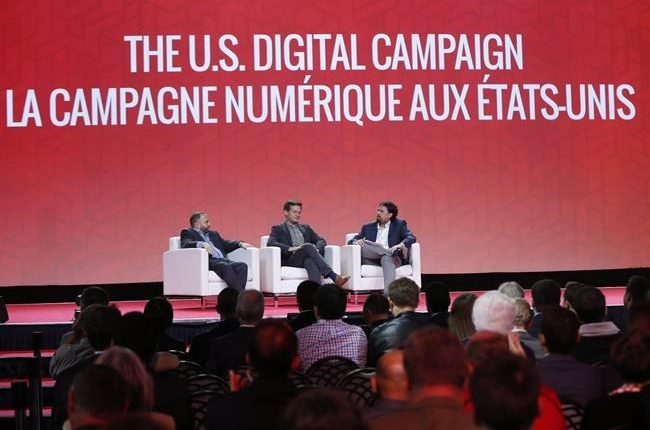 OTTAWA – Conservatives plan their next steps to scrutinize the payments made by Liberal MPs’ offices to a company founded by a friend of Prime Minister Justin Trudeau’s while the clock taps until a possible election that would stall any parliamentary inquiry .

The party’s urge to get a parliamentary ethics committee to investigate why members of Data Sciences Inc.

“It is important for Canadians to know what their tax dollars have been used for before an election,” said conservative ethics critic Michael Barrett on Tuesday.

The Globe and Mail reported last month that MPs’ spending reports showed that most of the Liberal factions had paid money from their office budgets to the Tom Pitfield-founded company. A close childhood friend of Trudeau’s, he was also the Liberals’ chief digital strategist in the 2015 and 2019 election campaigns.

Conservatives say the payments made by Liberal MPs’ offices to Data Sciences smell like nepotism funded by taxpayers. They also indicate that the Liberal Party of Canada has a relationship with the company hired to provide digital services and support its voter database.

Trudeau said its members use data sciences for constituency casework and that there is “a complete separation between political and parliamentary work”.

“We have always made sure that all the rules are followed,” he told the House of Commons on June 23.

Messages to the Montreal-based Data Sciences office were not immediately replied to.

A spokesman for the Liberal Party of Canada confirms that, as in the last two election campaigns, it continues to work with the company on “a variety of innovative digital engagements”.

“The use of (voter database) Liberalist by the Liberal Party of Canada is unrelated to the parliamentary work of Liberal MPs, and information from parliamentary offices is not passed on to the party,” Braeden Caley said in an email on Tuesday.

During Monday’s debate, Liberal MP Brenda Shanahan, vice-chair of the committee, dismissed Conservative concerns as a “witch hunt” and a “false scandal”.

She told the committee that her office relies on the company for technical support and, being a Canadian company, can provide services in both French and English.

Barrett said Tuesday that the Conservatives are talking to other opposition parties about other ways to move the issue forward.

“They helped us get some answers on that,” he said.

He kept saying that Liberal MPs should stop paying Pitfield’s company and believes the first priority is to get more details about the contract.

The House of Commons is on its summer recess and is expected to resume its session in September, but it is widely believed that Canadians will vote by then.

Using the Liberals’ links with data sciences in a recent email asking for donations ahead of a possible federal vote, the Conservative party said chairwoman Erin O’Toole will “clean up the mess in Ottawa” and is the only ethical choice for the prime minister.

This report by The Canadian Press was first published on July 13, 2021.