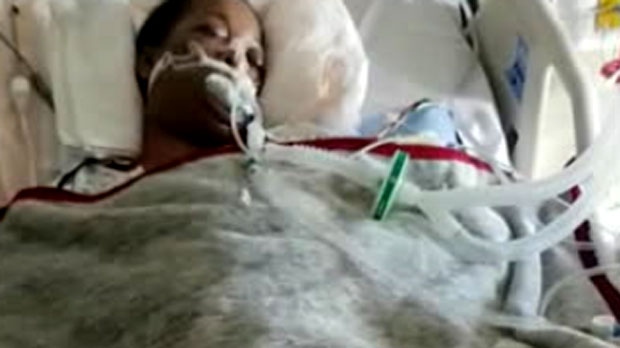 BRAMPTON, Ontario. – An American doctor who says he does not believe in brain death cannot serve as an expert witness in the case of a woman whose family is struggling to support her life after a judge from Toronto found he could not impartially being.

“In my opinion, Dr. Byrne is more of a lawyer than an independent witness.”

The finding threw a wrench into a lawsuit brought by Taquisha McKitty’s family asking Byrne to testify that the 27-year-old woman shouldn’t have been pronounced brain dead last month.

The family’s lawyer, Hugh Scher, has requested that the case be adjourned for 30 days so that they can keep another expert, possibly another US doctor

Erica Baron, the attorney for the doctor who found McKitty brain dead, denied the request, saying the family’s attorney had weeks to reach out to experts after first raising concerns about Byrne’s eligibility.

When someone is disqualified as an expert, it usually doesn’t give attorneys the right to seek another expert, Shaw said. However, the judge acknowledged the “exceptional circumstances” of the case and agreed to adjourn it to November 6th.

When testifying his qualifications earlier this week, Byrne told a Brampton, Ontario court that he believed brain death was an invented concept designed to facilitate organ donation collection.

He also said on the stand that he would never declare anyone dead just because their brains stopped working, despite recognizing that it is a respected medical opinion and legal standard in the United States

Baron urged him to be disqualified on the grounds that he had “a proven bias” against using neurological criteria to determine death.

The science supporting his opinions is highly controversial and there is no evidence of the treatments he is suggesting for McKitty, she said.

“None of these proposed treatments are the standard of care for brain-injured adults in Ontario, let alone those who have been declared brain dead, she said.

Hugh Scher, who represents the McKitty family, argued that Byrne’s opinions came from his own observations of McKitty, his reading of her medical records, and his general experience as a doctor.

The attorney also noted that Byrne has served as an expert witness in some cases in the United States, which he said shows that the courts there consider him qualified.

McKitty was hospitalized after a drug overdose in mid-September and was pronounced brain dead days later after her condition worsened and she stopped breathing on her own, the court heard.

Her family was given a restraining order to keep her on a ventilator and perform further medical tests while this decision is appealed. Now the injunction is to be extended further.

The family had filed a motion to film McKitty for 72 hours to assess whether her movements were just reflexes or more, but Friday’s verdict left it pending.

The doctor who believed McKitty to be brain dead testified Tuesday that the movements should not be interpreted as signs of life.

Dr. Omar Hayani also told the court that the tests McKitty’s family requested were not the standard of care for patients like them and would have been “clinically not helpful” in assessing their condition.

Meanwhile, Byrne said McKitty’s movements “show that Taquisha is alive and not a corpse.