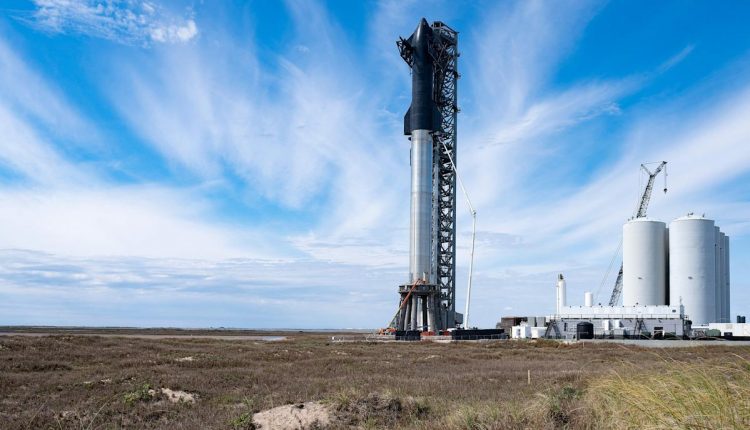 SpaceX has to wait until March 28th to find out if the Federal Aviation Administration is giving it clearance to launch Starship flights out of its facility in Boca Chica, Texas. The agency is conducting an environmental assessment of the company’s plans to launch the massive reusable vehicle out of the facility and looking into whether it will have significant environmental impact on the area. This isn’t the first time the agency has moved its target date for completion either: It previously pushed back its original target date of December 31st, 2021 to February 28th, 2022.

Now, the FAA has updated the project page to reflect the new target date and explained that the delay is “to account for further comment review and ongoing interagency consultations.” The agency received over 19,000 public comments on the draft version of the review published in September last year.

During the most recent Starship presentation, SpaceX chief Elon Musk said the company doesn’t know where things stand with the FAA exactly. However, they apparently got a rough indication that the agency will complete its environmental assessment in March. In case SpaceX doesn’t get an approval or if the FAA issues an environmental impact statement (EIS) to dig deeper into the company’s plans — a process that could take years — it does have a backup plan.

Musk said during the same event that SpaceX had already secured approval to launch the Starship from Cape Canaveral in Florida, and it will delay the vehicle’s first orbital flight if needed to build a tower for it in the location. SpaceX has been conducting all of the Starship’s development and testing in Starbase and only has a launch tower for the vehicle in Boca Chica.

Even if SpaceX does get permission from the FAA to launch the Starship once its environmental review is done, it doesn’t mean we’ll get to see the vehicle lift off for its first orbital flight soon. Musk said hardware readiness is on track with regulatory approval, but we’ll have to wait for the company’s announcement for a concrete date.