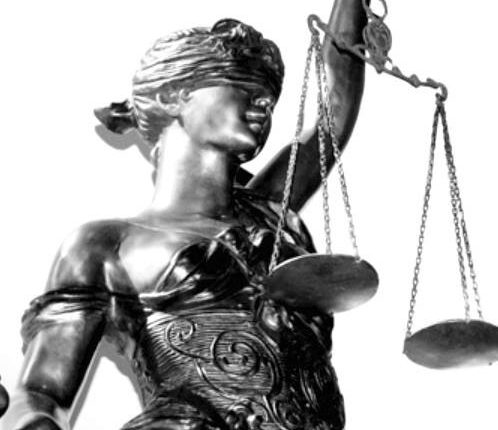 THUNDER BAY, ONTARIO ~~~~~ May 24, 2022 (LSNews) A Justice of the Peace who has wreaked havoc on the citizens of Thunder Bay with her decisions to release violent and dangerous criminals on the streets appeared via Zoom today, Tuesday May 24,2022 for more final submissions on her disposition for a conviction on Judicial Misconduct .

Justice of the Peace Anna Gibbon has been presiding over the court since her conviction and continues to release violent offenders and rapists in our community. She recently released an armed robber who stabbed a random woman in the neck, on the same day she was released.

Justice of the Peace Ann Gibbon was found guilty of judicial misconduct on February 7,2022 after a lengthy drawn out hearing over the course of most of 2021.

The three-Judge panel ruled that Gibbon acted inappropriately by intervening in her son’s traffic court case. Gibbon attempted to interfere with city staff doing their jobs and her conduct compromised the independence, impartiality and integrity of her judicial office. Read the entire decision in the link below

In a continuation of the submissions for disposition, Gibbon’s Counsel Eugene Bhattacharya tells the court that his client has cancer and immune-compromised. She has a genuine fear for health about being in a crowded courtroom.

Also presented are numerous character witness references including one from former Thunder Bay Police Services Board Member Celina Reitberger stating that GIBBON is a valued member of the Indigenous community. Another letter from local Duty Counsel lawyer Joy Wakefield asks the panel to temper their decision with mercy for GIBBON.

Eugene Bhattacharya also suggests that Gladue factors are at play here. He repeatedly mentions her indigenous background throughout the hearing. He repeatedly tells the court about the pandemic and the issues it has caused. He recommends a Healing Circle in this case due to her Indigenous cultural background.

Also presented are several DRAFT letters of apology where GIBBON has finally acknowledged that she has abused her power as a Judicial Officer.

Justice Timothy Lipson tells Bhattacharya that he has never heard of draft letters of apology. You either write a letter of apology or not.

His Honor Lipson also questions why GIBBON has not taken any mentoring or training regarding her abuse of power.

Bhattacharya states that due to the pandemic, she has not been able to seek such mentoring or training.

Justice Lipson questions that response and says that Zoom sessions would have been available, but GIBBON has not attempted to access this.

Bhattacharya repeatedly states that this situation with GIBBON will never happen again. He wants more education for Anna Gibbon and restorative justice due to her indigenous background.

GIBBON has been found guilty of several counts of judicial misconduct.

Presenting Counsel Linda Rothstein reminds the Judicial Review Council that this process is unique and the purpose is to restore public confidence in the justice system.

She further tells the Council that the behavior exhibited by GIBBON is so egregious that public confidence has been eroded. Rothstein states these draft apology letters utterly fail to demonstrate GIBBON’S insight into her egregious & aggravating behaviour. A more serious disposition is required. This is not about rehabilitation of ANNA GIBBON. This is about public confidence in our Judicial Officials.

A DECISION WILL BE MADE AT FUTURE DATE ON ANNA GIBBON.

ANNA GIBBON has never obtained a law degree and her previous employment was as an Aboriginal liaison for the City of Thunder Bay.

In the meantime, ANNA GIBBON continues to release criminals into the city will little regard for public safety.

The citizens of Thunder Bag deserve much better than ANNA GIBBON.
https://www.ontariocourts.ca/ocj/files/jprc/decisions/2022-gibbon-reasons-EN.pdf#page28

TBPSB website
The views expressed in this article are solely those of their author and are not necessarily either shared or endorsed by Lake Superior News / Lake Superior Media.

‘This needs to remain a community space’: Land Back Camp on Charles Street Terminal