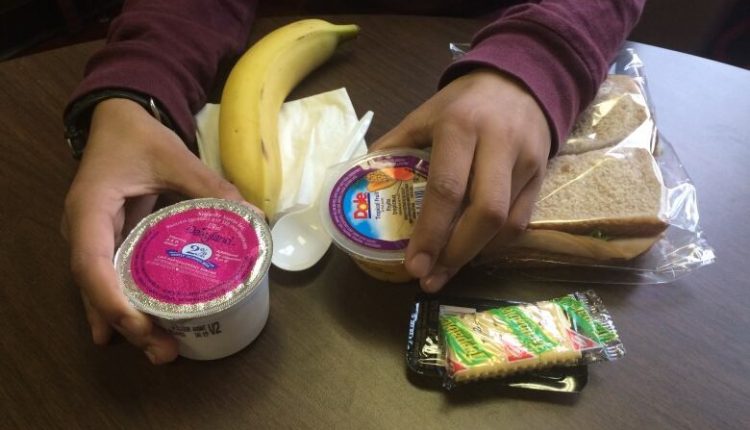 Food4Kids Waterloo Wellington is set to launch its healthy weekend and holiday program in the area this month, shortly after the kids return from the March break.

There are already programs in place to feed low-income and disadvantaged children in schools during the week, but Food4Kids will provide take-away food for the children on weekends and holidays.

According to the Region of Waterloo Public Health, the Waterloo region is the sixth largest region with the highest food insecurity in Ontario with three percent of households and around 61,000 inhabitants.

This means that around eight percent of households with children are food insecure, a number that Food4Kids is committed to reducing.

“Food4Kids Waterloo-Wellington is a program that feeds severely nutritionally insecure children on weekends and during the summer holidays,” says Managing Director Kelly-Sue Oberle-Labus, who has been Managing Director of Nutrition for Learning for eight years.

The initiative has just emerged from a pilot program and will be ready for four schools in the region from the March holidays. A Hamilton chapter opened five years ago and serves about 1,500 children; Chapters in Niagara and Brant are due to open soon.

According to Oberle-Labus, schools turn to parents for food from the Food4Kids program, and the food is then discreetly delivered to the children in the school. Food 4 Kids is hoping to help 120 children this school year, but the cost is substantial: around $ 10 per child per weekend. (Liz Klöpper)

“We have some large families who use the program,” says Oberle-Labus. In these cases, the food will be delivered to your home or the parents will collect it if possible.

14 to 16 articles go home with children under the age of 14 every week. If there are several children in the family, each child receives its own package. “That takes the strain off the parents and they can also eat a little healthier,” says Oberle-Labus.

Her experience with Nutrition for Learning has shown her that there are gaps in children’s nutrition despite several organizations working to provide food to those in need, Oberle-Labus said. “I’d seen this with my own eyes at Nutrition for Learning. Every time I got up to talk, someone would ask, ‘Who feeds the kids on the weekend?'”

According to the Food Insecurity Policy Group at the University of Toronto, household food insecurity is classified as marginal, moderate or severe. Food4Kids focuses on severe cases where children have reduced food intake and may go a day without food.

“These are children who go home to empty cupboards and empty refrigerators. They really need help, ”says Oberle-Labus.

The organization hopes to help 120 children this school year and that number will double every year. The cost is substantial: around $ 10 per child per weekend.

They don’t have the financial resources to run the program by the summer, Oberle-Labus said, but it’s part of their strategic plan for the summer of 2018.

Food4Kids is run entirely by volunteers at this point, said Oberle-Labus, including a board member and 15 volunteers who pack the food in individual bags on Thursday afternoon and drive the food containers to the schools on Friday morning.

The group is funded by The Grocery Foundation, can receive dealer awards through Ontario Student Nutrition Services, and is working to become an agency of the Waterloo Region Food Bank, but all other funding comes from community donations.

As they serve more and more children, more volunteers are needed, but fundraising and donations are the main concern of Food4Kids.