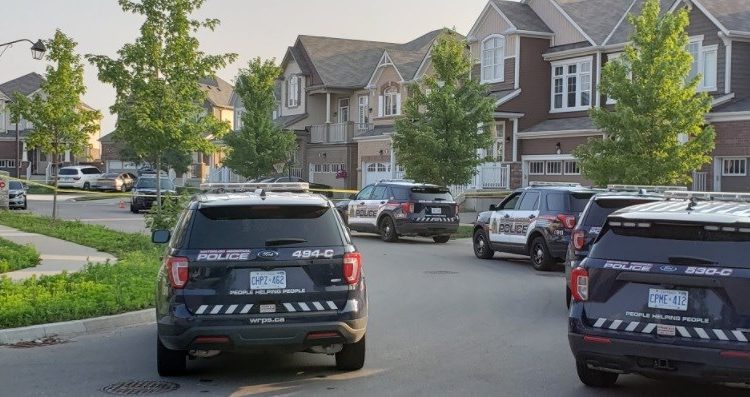 The regional police are on-site in South Kitchener for an investigation and it appears that the SIU has enforced its mandate.

Police said they were responding to a suspicious vehicle inspection Tuesday morning at Grovehill Crescent that involved a pickup truck that was found to be stolen.

Early reports by the Special Investigation Unit indicated that when the officers arrived, a man and a woman were in the stolen vehicle and refused to get out.

The SIU added that the driver tried to escape and drove straight at one of the officers, and the officer fired a gun at the truck in question.

The truck escaped after hitting a few parked cars in the process, and it is not known whether the man or woman was injured.

The special investigation agency is investigating cases in which a police officer fires a firearm.

Police Chief Bryan Larkin confirmed on the Mike Farwell Show on 570 NEWS that the OPP truck was found in flames in West Gray, but the suspects remain at large.

According to the latest police reports, officers at the scene responded to an investigation into a stolen vehicle – which resulted in an interaction where a WRPS officer fired their firearm.

The vehicle is said to have escaped with two occupants inside. @ 570NEWS pic.twitter.com/VTQry4431V

The vehicle that escaped from the crime scene is described as a black Dodge RAM pickup truck.

The investigators assume that there was a driver and a passenger inside.

The vehicle will have significant frontal damage.

Do not approach, call 911 immediately. https://t.co/MWyEuRPTGI

A forensic vehicle from the Special Investigations Unit has just arrived at Grovehill Crescent. @ 570NEWS pic.twitter.com/FVMbhUf3gK