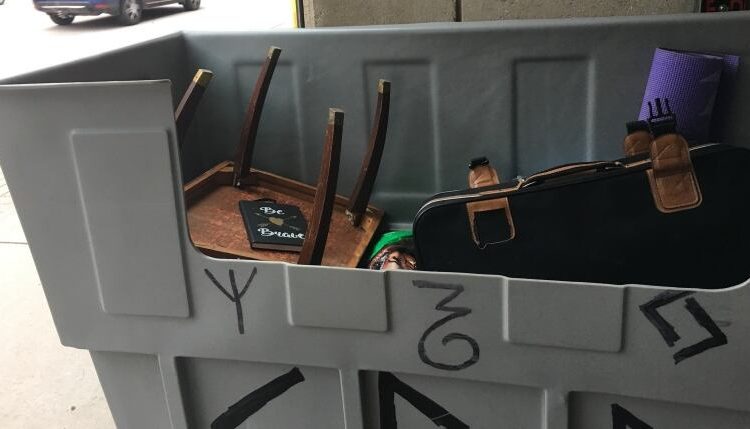 ‘I haven’t died yet’: Homeless teen speaks out about life on the streets

Marisa Collison, 18, spent the second night of 2019 in a storage room in the Citi Plaza underground car park.

That is, part of the night.

“I believe I will get through another day because hey, I haven’t died yet.– Marissa, a homeless youth in London

Halfway through, Collison and her friends were booted out of their hiding place after leaving a door ajar. Collison says she spent the rest of the night in a large gray cart that she uses to transport her belongings.

“I have so much stuff to carry around with me, most of the clothes, so I don’t look like a homeless bum and get thrown out all over the place,” said Collison.

In addition to clothing, Collison’s shopping cart contains a small side table, several shopping bags full of sentimental items, and a notebook with the words “Be Brave” in italics on the front page.

For Collison, these are words to live by.

“I believe I can get through another day because hey, I haven’t died yet,” she said, adding that despite nights outside in freezing temperatures, survival comes with nothing but a single blanket.

Why not go to a shelter?

On the cover of Marisa Collison’s notebook are the words “Be Brave”, which Marisa takes to heart when she spends nights outdoors.

In December, the Rotholme Women’s and Family Shelter reported that it was 150 percent full and that the organization had too little money to continue paying hotel and motel bills.

Earlier this month, a job was cut at the Anova Counseling and Support Center, which is operated from the Wellington Road Animal Shelter.

Collison says that even when beds are available, staying in a shelter can be riskier than braving the outdoors.

At a London animal shelter, she says, overdoses are commonplace and there’s little to keep other customers from escaping with their belongings.

“You worry about a lot of things,” she said. “You worry that these people might attack you, steal your things, pretend you’re friends so they can snatch you things.”

As winter progresses, Collison said she didn’t know what the future would bring.

“I just think and hope we survive this winter because we lost a lot of people out here.”