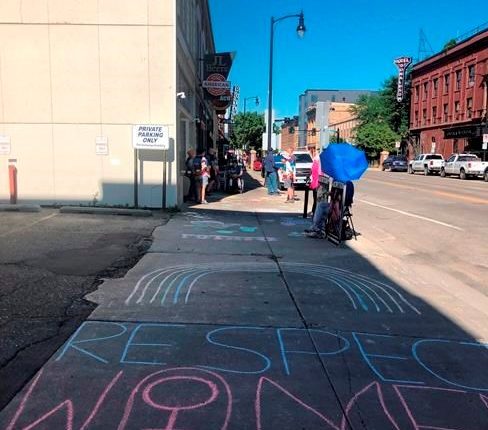 FARGO, ND (AP) — A North Dakota judge on Wednesday put on hold the state’s trigger law banning abortion while a lawsuit moves forward that argues it violates the state constitution, leading the state’s attorney general to file a new certification that would shut down the clinic in 30 days.

Burleigh County District Judge Bruce Romanick ruled in a lawsuit brought by the state’s only abortion clinic, Red River Women’s Clinic in Fargo, that Attorney General Drew Wrigley “prematurely attempted to execute” the trigger language, which was improper until the US Supreme Court issued its certified judgment on Tuesday.

The ban had been set to take effect on Thursday. Shortly after the ruling, Wrigley said he was heading to the North Dakota Legislative Council’s office to drop off another certification of the US Supreme Court ruling that reversed Roe vs. Wade. He did not comment on the judge’s order.

The ruling, that comes as various states grapple with potential bans and other restrictions often backed by Republican lawmakers, will give the Red River clinic more time to relocate a few miles away to Moorhead, Minnesota, where abortion remains legal. Clinic owner Tammi Kromenaker has said she will move there if litigation doesn’t block the North Dakota ban.

Kromenaker has declined to say when the new clinic will be ready but Planned Parenthood has said there will be no interruption in service. Kromenaker did not immediately respond to a request for comment.

Destini Spaeth, the volunteer leader of an independent group that helps fund abortions in North Dakota, said it was an “emotional day” with the prospect of Wednesday being the last day for medical procedures at the clinic. She said she screamed when she heard about the order.

“More time is what we need, in terms of getting all our ducks in a row,” Spaeth said. “I’m not going to speculate on the rest of the lawsuit. We can’t really depend on North Dakota in terms of legislation and the judicial branch. But this is a blessing.”

The clinic argued that Wrigley moved too soon in calculating the 30 days that had to pass to activate the ban, by deciding it began when the Supreme Court ruled. They argued that it could not start until the ruling was certified, a technical step that happened Tuesday.

Meetra Mehdizadeh, attorney for the Center for Reproductive Rights, who is helping the clinic with the suit, said the plaintiffs “will do everything in our power to fight this ban and keep abortion accessible in North Dakota for as long as possible.”

As for the larger question in the suit, the clinic argues in its lawsuit that the North Dakota Constitution guarantees the rights of life, liberty, safety, and happiness, all of which protect the right to abortion. The judge did not address that part of the complaint in his order.

North Dakota’s law would make abortion illegal in the state except in cases of rape, incest and the life of the mother.