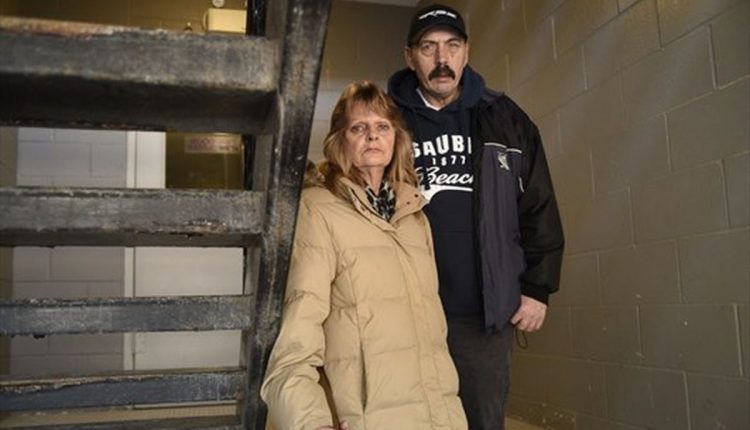 A 70-unit building at 301 Traynor Avenue was notified by the Kitchener Fire Department of 13 violations of fire regulations, including broken barriers between floors designed to prevent fire from spreading, a defective dry sprinkler system, a fire alarm system control panel flashing “problem” and an outdated fire protection plan.

The adjoining 65-unit building at 341 Traynor Avenue was cited for seven violations, including lack of fire protection between the stairwell and lobby, missing fuses, and excessive use of extension cords and socket adapters. A notice from the fire department pinned to a window in the lobby states that the problems are a fire hazard.

Notices in both three-story buildings warn property management company Greenwin Inc. that failure to fix the issues could result in daily fines of $ 20,000. If convicted of a crime, a court could order the buildings to be closed.

The City of Kitchener has issued “multiple” notices of property law violations in both buildings, said Shayne Turner, Kitchener’s director for enforcement. He was absent from a workshop and did not have the exact number of alleged violations.

If Greenwin doesn’t comply, the city can take the company to court, Turner said, or hire a contractor to do the work and bill Greenwin for the costs.

The Toronto-based company manages more than 50,000 rental apartments and townhouses from London to Montreal. Other Greenwin-managed Kitchener buildings include units on Brybeck Crescent, Ottawa Street, and Chandler Drive.

In 2012, after 60 years in the rental housing and commercial real estate market, the founders of Greenwin received a Lifetime Achievement Award from the Federation of Rental Housing Providers of Ontario.

Repeated attempts by The Record to reach Greenwin on Thursday and Friday were unsuccessful.

Paul Metzger, 54, and his wife Brenda Dreesen, 53, have lived in Traynor 301 – north of the intersection of Courtland Avenue East and Manitou Drive – for seven years. During that time, the building was managed by eight or nine different companies, Metzger said. Greenwin became a property manager last summer.

The Traynor buildings – and two nearby buildings at 551 and 553 Vanier Dr., which are also managed by Greenwin – have a variety of problems, Metzger said. These include cockroaches, flying ants, bed bugs, mice, lack of heat and hot water, and all in one unit, persistent sewage build-up from the bathtub drain.

“We are repeatedly promised that things will get better, that something will change. Then they come under new management and we should be patient with them, ”said Metzger.

“After seven years you ran out of patience.”

Metzger said many tenants in the four buildings knew or did not want to stand up for their rights.

“Too many people are being exploited,” says Metzger, who, with the help of his wife, is trying to set up a group of tenants.

75 percent of the tenants in the four buildings receive social assistance. Metzger and Dreesen are supported by the Ontario Disability Support Program.

“The average person in need of help can’t get money to move, so they’re stuck here,” said Metzger. “So you have to live with the living conditions.”

Dreesen added, “We’re stuck. So either fight or sink. So we fight.”

The Kitchener-Waterloo Social Planning Council has been working with residents of the area for a number of years to improve the neighborhood, said Trudy Beaulne, executive director of the council.

In a 2013 report, the council said the four buildings on Traynor Drive and Vanier Drive were “poorly maintained inside and out.” Local residents complained about drug trafficking and crime.

The council helped coordinate a meeting on Monday with the tenants of Traynor and representatives of the statutes, fire department, police and legal aid clinic of the Waterloo area. Tenants with housing problems were informed of their options. Another meeting is in progress.

Many tenants have raised concerns about their apartments, Beaulne said.

“We see that there are really significant problems with the physical condition of the buildings,” she said.

“They all deserve to live in clean, well-maintained, and safe homes.”

Beaulne said the social planning council had met with Greenwin and company officials said “they are doing what they can”.

On its website, Greenwin says that customer service is of the utmost importance.

“Greenwin’s vision is to create common value for both our customers and our residents. From asset and property management to development, we take a proactive, collaborative, practical approach in all areas of service and property performance and are committed us for a longstanding tradition of excellence in customer service and community building. “

‘I haven’t died yet’: Homeless teen speaks out about life on the streets