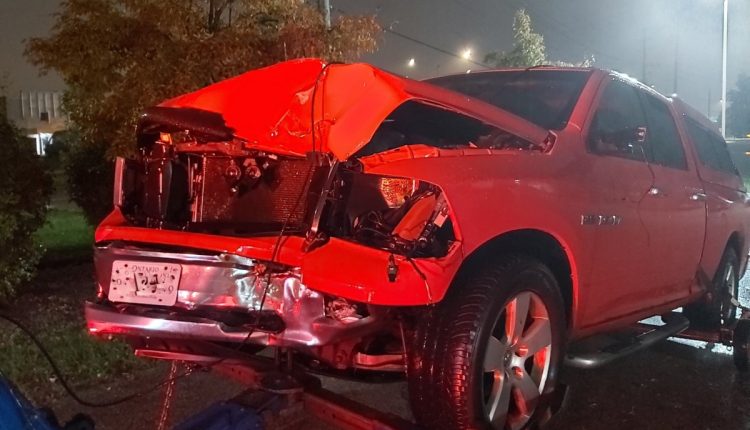 A concerned citizen reports that the Kitchener man is now on multiple charges, including impaired and dangerous driving

A 39-year-old Kitchener man faces a long list of charges after he was arrested by the Cambridge OPP on Saturday night.

Cambridge OPP managed to catch the driver after a concerned citizen reported a “badly damaged truck” driving on Highway 7, according to the OPP Highway Safety Division on Twitter.

The 39-year-old Kitchener man has since been charged with dangerous and impaired driving style because he did not stay at the scene of the accident and alcohol was available.

In addition, according to the OPP, the driver will face other charges of violating the terms of his G1 license – including driving at an unlawful hour, not being an attendant, and driving with a blood alcohol level above zero.

The Kitchener man’s vehicle has since been confiscated, and OPP has also issued a 90-day license suspension.

2 of 2
• G1 driver – no escort driver
• G1 Driver – Drive on a prohibited motorway
• G1 driver – driving at an illegal hour
• Novice drivers – BAC above zero
The truck was confiscated and the driver asked # 90DayLicenceSuspension #OperationImpact. the end

US appeals court lets Texas resume ban on most abortions

Volunteers prep Thanksgiving meals with food insecurity on the rise