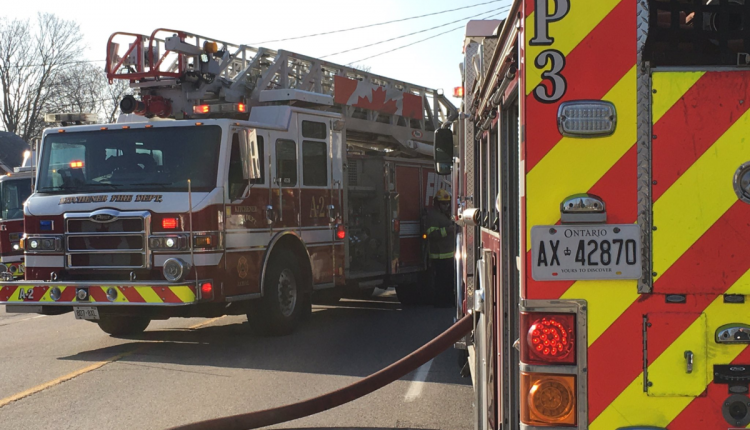 If you call 911 in the town of Kitchener, a fire team should be at your location in five minutes.

This is the target response time for a medical call established by the National Fire Protection Association, and while these times are not required by law, they are considered best practice.

When it comes down to it, Kitchener Fire says it misses those goals with more than four in ten calls.

“We’re about 57 percent of the time,” says Kitchener Fire Chief Bob Gilmore, and while there are many reasons why those times are missed, he says it can be attributed a lot to the growth of the city.

“Over the years, the population of our city has obviously increased, the building stock, just the urban sprawl on the outer periphery and of course the intensification at the core,” says Gilmore.

If you take a closer look at the core, downtown Kitchener is served by the Lancaster Street Fire Station, which the fire chief says is the busiest in town.

“There’s a lot going on at its core, and what happens if there’s an answer downtown leaves the rest of the district blank,” says Gilmore. “And what happens there is that the next unit usually comes from Stanley Park Station or Queen’s Blvd. Station.”

“If Station 2 (Lancaster) in the city center is busy with a call and there is another call in your district, there is a ripple effect, the travel time is almost twice as long.”

The boss says this would include hiring 20 new firefighters over the next five years as well as building a new station to cover some of the growing workload, particularly in the downtown core.

Feed Ontario Calls on the Province to Address Affordability