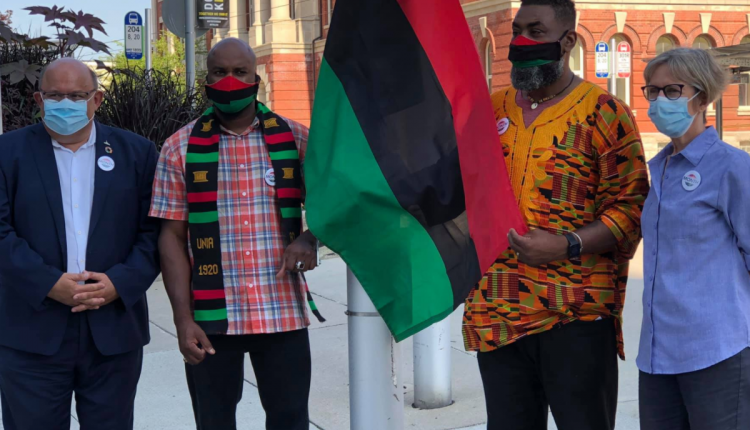 August is the month of emancipation and for the first time in history the Pan-African flag was hoisted in Kitchener City Hall.

The event took place on August 23rd, marking the day as International Day to Commemorate the Slave Trade and its Abolition.

“It was incredible and historic,” said Fitzroy Vanderpool, Emancipation Month Ambassador for Kitchener-Waterloo.

Vanderpool had contacted Debbie Chapman, councilor of Kitchener’s Ward 9, about the flag-raising ceremony, and after consulting the mayor and council, they agreed to allow the event.

Vanderpool said the flag was created by the Honorable Marcus Garvey, who said, “Every nation and race has a flag except blacks.”

He added that the flag colors are designed horizontally, starting with red as the first color.

He adds that there is still a lot to learn.

“Unfortunately, they don’t teach slavery in schools and the meaning of the pan-African flag and the state in which they had to fight for their freedom.” said Vanderpool.

He is now taking it upon himself to educate the people in Kitchener and the rest of the region with events to raise awareness of the history of Emancipation Day.

Conservatives nominate candidate for Kitchener Centre ahead of 2022 provincial election