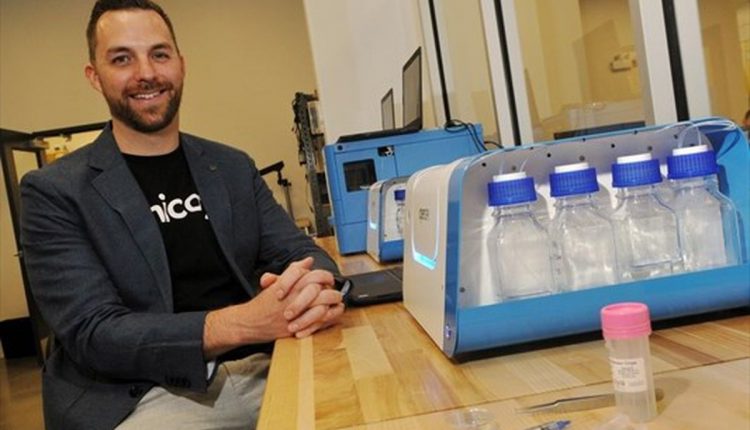 KITCHENER – Biotechnology company Nicoya is investing more than $ 7.7 million in a new version of its groundbreaking laboratory tool.

Nicoya’s product OpenSPR was founded in 2012 as a company spun off from the University of Waterloo and is a nanotechnology-enabled biosensor that measures the interaction of molecules in real time.

The technology can help researchers better understand diseases and design and develop drugs to treat them, said co-founder and CEO Ryan Denomme. And Nicoya’s patented technology enables it to be done at a much lower cost.

Backed by a repayable contribution from the Federal Economic Development Agency for Southern Ontario (FedDev Ontario) of $ 2.57 million – with an additional $ 5.14 million from other investors and organizations – the investment will enable the company to become a global leader in biotechnology, said Denomme.

“If you want to continue to be the best company in the business, you must keep investing in research and development and further improving the product,” he said Friday after the federal funding announcement in Nicoya’s downtown Kitchener offices. “This really makes us competitive in the long term.”

The company currently has more than 40 employees.

Denomme said the investment will allow them to hire an additional 29 employees over the next several years.

“It will really help us get to the next level in transitioning from startup to scale-up,” he said.

Nicoya’s technology is used in more than 30 countries by academic researchers, government laboratories, and the private sector.

“Our young entrepreneurs think about the future,” he said. “The western world is aging faster. For me this is an answer to the challenges we face.”

Denomme noted that one of the first investments Nicoya received was a $ 60,000 grant that came through FedDev Ontario and UW.

“Without this funding, we wouldn’t be where we are today.”

Nicoya moved to her new location on King Street East late last year after completing the Velocity Garage in the former Boehmer Box building on Duke Street in 2016.

Denomme said mentoring opportunities in the area and Nicoya’s talented people were keys to success.

“You are super motivated by the mission and want to work in a company that will change people’s lives.”