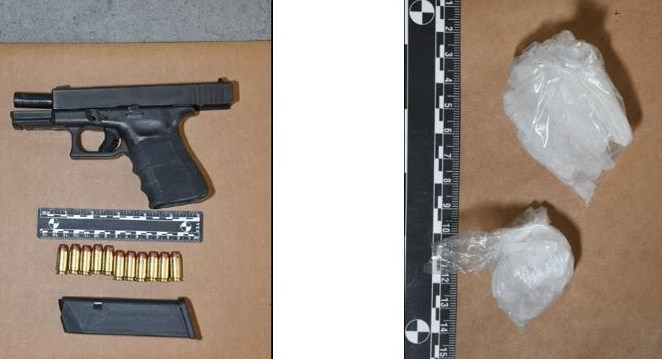 A Kitchener man is charged with gun and drug offenses in connection with a search warrant from Waterloo Regional Police.

On July 22nd, the members of the General Investigations Unit were supported by the Emergency Response Team and Investigative Services. Police searched a vehicle, found a loaded pistol and suspected methamphetamine.

Police say the original investigation began on June 3rd. You were called to a disturbance at a Margaret Avenue apartment building that day. A man with non-life threatening injuries was found and taken to the hospital.

A vehicle was also seized as part of the investigation.

A 40-year-old man faces a long list of charges including possession for the purpose of trafficking in methamphetamine, illicit possession of a restricted firearm, and possession contrary to a prohibition order.

The defendant was held on bail.