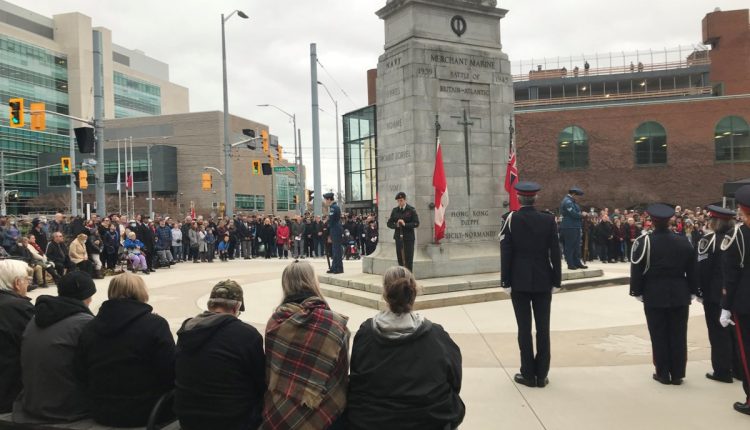 Members of the RCMP, Waterloo Regional Police and Canadian Armed Forces were just some of the participants in the Remembrance Day Parade.

The parade kicked off at 10:30 am on Ontario Street in downtown Kitchener, and made its way through King Street.

The parade arrived at the Kitchener Cenotaph at the corner of Duke Street and Frederick Street, where they were greeted by over 200 attendees for the Remembrance Day ceremony.

The names of fallen soldiers were read aloud, members of the Waterloo Regional Police choir provided the singing of the national anthem, ‘The Last Post’ was played on trumpet, and wreaths were laid to honor fallen soldiers during the ceremony.

Kelly Hoffman, master of arms at the KW Naval Association, was overwhelmed by the result.

“We all take advantage of our freedoms on a daily basis,” said Hoffman. “Whether it be able to ride the bus alone, worship in your own way, be who you want to be without persecution.”

Hoffman added that hundreds of men and women sacrificed their lives for our freedoms, and it’s important that we honor this day.