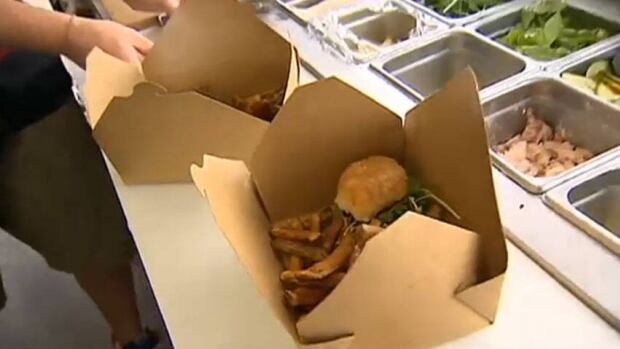 Kitchener city staff will study a proposal that would see expanded locations where food trucks can park in the city and reduced restrictions when it comes to how those trucks operate.

The move comes after a motion brought forward by Councilor Berry Vrbanovic was approved unanimously by the Finance and Corporate Services Committee at city hall on Monday night.

While food trucks are still licensed as special events, many of the proposals in Vrbanovic’s motion will give food truck operators and owners increased opportunities.

It’s a move that’s welcomed by ​Andrea Hennige-Kim, who owns the West of Seoul Food truck along with her husband, Christopher, who said that the current places where food trucks can operate are “very limited.”

“They really understood the way that food trucks can really make places more people friendly,” said Hennige-Kim of the city councillors who supported Vrbanovic’s motion, in an interview with Colin Butler on The Morning Edition Tuesday.

“Something that we didn’t anticipate when we got into owning a food truck in the area was how difficult some of the rules were going to be, and how much work and how many loops we were going to have to jump through,” said Hennige Kim.

We didn’t anticipate…how difficult some of the rules were going to be– Andrea Hennige-Kim, co-owner of West of Seoul food truck

City staff had recommended keeping the food truck bylaw the same for 2014, which would limit food trucks to areas around city hall, restrict trucks to operating during special events and one weekly lunch event.

“Whenever something is new in the city, there’s a lot of learning that has to go on on the part of the city who is making rules and policies and the people of pioneering,” she said.

New locations proposed for food trucks in Vrbanovic’s motion include:

Reiser also suggested putting food trucks in the area around Francis St. and Victoria St. near The Tannery or between Frederick St. and Cedar St. to increase foot traffic. hey supports food trucks in the city, as long as they don’t threaten brick-and-mortar eateries.

“When you put them right in the middle of city hall, in center block downtown, you have a lot of established eateries that rely on that midday market and I don’t know that we’re utilizing food trucks in the best way we could as a city to do these other promotions, to bring people out, to bring neighborhoods out,” he said.

“We just have to make sure we’re protecting the businesses that are established.”

Vrbanovic’s motion also asks city staff to formally discuss with local business improvement areas what role food trucks can play beyond special events in the downtown, and potentially reduce the distances food trucks must maintain from brick-and-mortar restaurants. The current distance recommended is between 200m and 400m.

Reiser suggested creating exclusion zones where food trucks couldn’t operate, though he did say that perhaps the 200m rule might be too tough and suggested flexibility.

“If you have multiple brick and mortar restaurants in one area, bringing a food truck to that area I don’t think adds anything to the landscape. Neither for the consumer nor for the people that are already there, those established businesses,” he said.

“I think that there’s a lot of room for food trucks, and they can provide a really interesting dynamic to the food industry in Kitchener.”

Kitchener’s food truck licensing differs from Waterloo in that trucks in Waterloo can set up at specified dates, times and locations in Uptown, and aren’t tied to special events.

The bylaw only affects food trucks on public property. Companies that run mobile catering services on private property are subject to different bylaws.

City staff will consult with food truck owners, local restaurants and other stakeholders and will report back to committee on April 28th at the latest.

“People in this region are really excited about the food truck movement and really want to see it grow and develop. They’re excited about having great food be more accessible to them.” said Hennige-Kim.

What do you think about the changes to food truck bylaw? Take our poll:

Woman sexually assaulted while walking her child in Kitchener on Tuesday