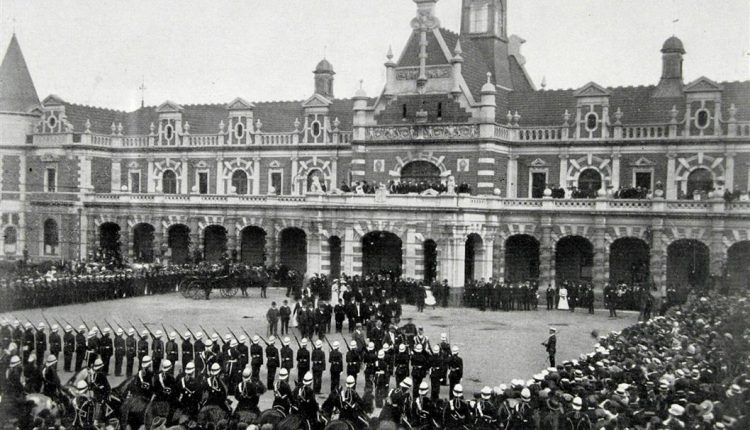 The death of the British Secretary of War Lord Kitchener in June 1916, as breathtaking and tragic as it was, was still something distant to most New Zealanders, something that happened “over there” and did not directly affect life.

But only for most New Zealanders.

For many people in North Otago and some in Dunedin it was personally sad, almost as if a family member – as commonplace as it had become – had died fighting.

Horatio Herbert Kitchener, or 3K of K4, as he was often called under his title Kitchener of Khartoum, was almost the embodiment of the struggle against Germany and its allies for Great Britain and her empire.

Staring tall and straight ahead, he stared at millions with piercing blue eyes as he begged them to sign up.

The recruits and later the conscripts who joined the small British professional army formed the “Kitchener’s Army”.

When he died, one of 650 victims when the cruiser Hampshire struck a mine off the Orkneys, the news was received with almost disbelief.

It was as if such a man could certainly not suffer the same fate as hundreds of thousands of others, being killed in war.

Kitchener should have stood above such a fate.

There were people in New Zealand who knew him as a soldier because he had toured in 1910, inspecting troops and facilities, and giving advice on what the country could do in case of war.

And there were people in New Zealand who knew him as a relative or friend.

When Kitchener arrived in Dunedin by train in February 1910, his sister Millie picked him up at the station.

She was by his side for the rest of his time.

Millie told writer Bessie Ross that her famous brother was “decidedly reluctant” to interview, which explained why there were inaccurate or exaggerated stories about him (including one that he disliked women).

Spiritism was in vogue at the time and since Millie could not “speak” to her brother after 1916, she fervently believed that he was still alive, probably in a German prisoner of war camp.

The connection with Kitchener began when his father Henry moved to New Zealand in the 1860s to set up as a farmer.

Life did not suit him and he went to France, but Millie, who had married a Scotsman, Harry Parker, decided to take over the country.

They worked in various locations in South Canterbury and North Otago.

One of their sons, James, was working in Hampden when he signed up for the Boer War and went to South Africa with the second contingent.

He later moved to a British unit named after his famous uncle Kitchener’s Horse and was killed on May 1, 1900.

A memorial plaque was installed in St. Stephen’s Church in Hampden, which was transferred to the city’s memorial hall last year during the secularization of the church. Parker is also mentioned on the Boer War Memorial in Oamaru.

Another of Millie’s sons, Alfred, served in India and Egypt and was governor of Sinai for a time when it was threatened by the Ottoman army.

Known as “Parker Pasha,” he was awarded the Distinguished Service Order and retired as a lieutenant colonel.

The Parkers moved to Britain before the war and Harry Parker died in 1912.

One of her daughters, Frances – usually known as Fanny – gained some notoriety in 1914 when she and another suffragist tried to blow up the cottage in Alloway, Ayrshire where Robert Burns was born.

The women apparently dropped bombs when they were found by the security guard.

They ran, but he caught them and they both got arrested. Fanny gave her name to Janet Arthur, but later had to admit that she was actually Frances Parker, Kitchener’s niece.

(The suffragist medals given to Parker were recently auctioned off by Te Papa in London.)

New Zealand Chief Justice Sir Robert Stout recalled at the time of Kitchener’s death that he had met his father Henry Kitchener while in New Zealand and also knew Millie Parker well.

“I remember being impressed with their attitude during the South African War,” he recalls.

“She seemed to me to have the courage of her father and his great sense of duty and service for the kingdom. Can one not see a trace of his father in his noble son, whose death we are now lamenting – his courage, his … duty and his concern about following the truth wherever it leads? ”

One of Lord Kitchener’s cousins, also Henry, died in a house fire on Cumberland St, Dunedin in 1882 that killed four of his children.

He had come to New Zealand as a soldier to run his uncle’s Waihemo station, but moved to Dunedin when he realized that farm life was not for him.

A fire broke out in the two-story wooden house on July 1, 1882, apparently from drying clothes in front of an open fire.

A police officer saw smoke and broke into the house to be confronted with Arabella Kitchener, who was holding a child and trying to go down the stairs.

He helped both of them out, but flames prevented him from re-entering.

A boarding school student, William Ash, jumped off the porch and the policeman cushioned his fall. Kitchener wasn’t that lucky.

He threw two of his boys out of a window and then jumped off the porch, but was seriously injured.

It took Arabella several months to recover from her burns, and she and her two surviving sons eventually left Dunedin.

They settled in Tauranga for a while, where one of the sons who worked as a bank clerk shot himself in the forehead.

He eventually recovered and they left New Zealand.

When Lord Kitchener died, it was reported that the two sons had died and that Arabella lived in Jamaica, where her husband had once served.

Disney On Ice is Coming to Southern California: Everything you need to know!