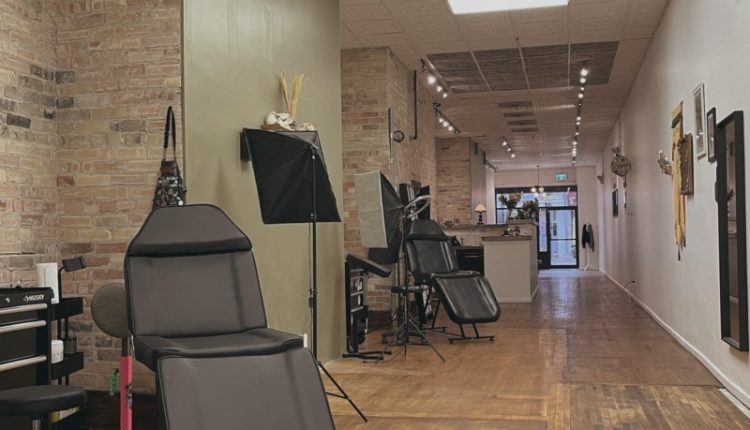 In another industry hit hard by the pandemic, new tattoo shops seem unlikely to open in town.

Despite being out of a majority of the work last year, two local women, Ines Silva and Genevieve Bethley, started a new tattoo shop in downtown Kitchener – a shop they hope will stand out from the crowd .

“At the moment it’s a very open space, and that’s what we really wanted: a bright place where people can feel safe,” says Silva. “It’s not your typical tattoo shop that is super hard and heavy and loud. We painted the walls in sage green to make it more calming. “

Gauntlet Tattoo is located at 150 King St. W, across from Bobby O’Briens.

“It’s a 90 year old building that used to be a bank. Our pantry is an old safe. This place has so much old-time charm it just feels good, ”said Bethley.

Beyond the aesthetics of the shop, by working with fellow tattoo artists, they want to provide a different type of atmosphere than many shops in the area.

This idea of ​​behaving more like a collective than a competitor was the starting point for the path to your own shop.

The couple met at Power House Tattoos in Kitchener.

Prior to opening Gauntlet this year, the couple had only worked 40 days due to never-ending bans, and Silva, who moved here from Portugal, couldn’t get a CERB because she had only been given permanent residence and hadn’t filed taxes last year still.

After such a difficult year, they took the chance to open the store when their boyfriend offered an investment.

“A friend of ours overheard us talking about our thinking about opening our own store and starting a new future for us as a team,” said Bethley. “She wanted to invest some money, so she asked us how much we would need.”

“The opportunity was now or never,” said Bethley. “I don’t know if we’d ever drop something like this on our laps.”

They started booking tours of various commercial spaces in the area and eventually fell in love with the first one they booked – where the store is now.

Although they’re wary that there might be another lockdown preventing them from working, things seem to be going pretty well right now.

The store only opened last Wednesday, but they are already busy with appointments.

“At the moment we are very happy that we have such a good customer base. We’re both pretty well booked, which is good, ”said Silva.

Gauntlet Tattoo is open Tuesday through Saturday from 11 a.m. to 7 p.m.

You can learn more or book an appointment by visiting her on Instagram at @ gauntlet.tattoo, @ineznebulatattoos, or @gennykat.