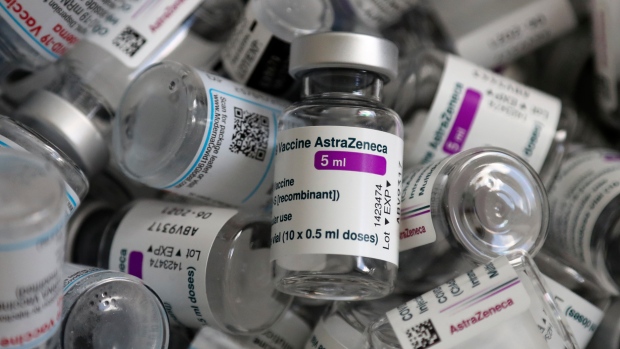 No decision yet on whether expiring AstraZeneca can be used for second doses, Ontario says

TORONTO – The clock is ticking with nearly 50,000 doses of AstraZeneca due to expire later this month, but Ontario officials say there is still no plan for their potential second dose use.

“That decision has not yet been made,” said Ontario Minister of Health Christine Elliott on Thursday.

Elliott had sworn in the Legislature Wednesday that “nothing is wasted,” but Ontario’s chief medical officer, Dr. David Williams said Thursday that his team is still reviewing the latest virus-vector vaccine data.

The province suspended the use of AstraZeneca on May 11 after a slight increase in rare reports of associated blood clots. Ontario will no longer use the vaccine for initial vaccinations but is considering resuming use for second doses.

Ontario officials have estimated the risk of blood clots from an AstraZeneca booster syringe at about one in a million.

Despite the provincial reluctance to publicly confirm plans for the expiring AstraZeneca, the Ontario Pharmacists Association told CTV Toronto on Thursday that it expects its pharmacies to be able to offer the vaccine as a second dose – possibly well ahead of the planned four-month dosing interval to adhere to the best-before dates.

In this scenario, informed consent is required, said a spokesman.

The infectious disease expert, Dr. Isaac Bogoch said Thursday he expected Ontarians who received AstraZeneca as their first dose also have the option of receiving a Pfizer syringe as a booster.

“People will very likely make a decision,” said Bogoch. “You can make the decision yourself, and frankly any decision will be fine.”

Preliminary results from a Spanish study published this week showed that giving a second dose of Pfizer to people who had received a first dose of AstraZeneca was both safe and effective.