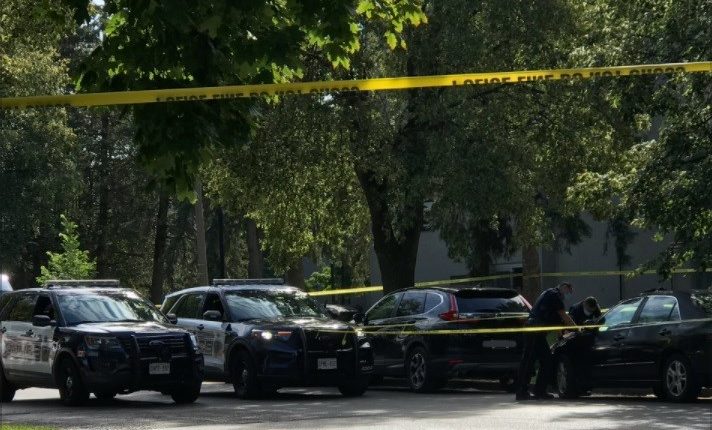 A 58-year-old man was admitted to a hospital outside the Waterloo area after being stabbed with a knife in Kitchener.

Police were called to Traynor Avenue at around 8:00 a.m. Monday for reports of a multi-person fight.

A 21-year-old woman was arrested at the scene. The accused is charged with assault with a weapon.

According to the police, two men are still outstanding. They also assume it was a targeted incident.

There will be a strong police presence on site for the investigation.

Heavy police presence in the Traynor Avenue area of ​​Kitchener over reports of a knife stab.

One person was taken to the hospital.

Local police remain in the Traynor Avenue and Vanier Drive area of ​​Kitchener after reports of a knife stab – with a large stretch of road cordoned off with police tape.

One person has since been taken to hospital – their condition is currently unclear. @ 570NEWS pic.twitter.com/v9gt2IByr5

A tough weekend wraps up for the Kitchener Panthers