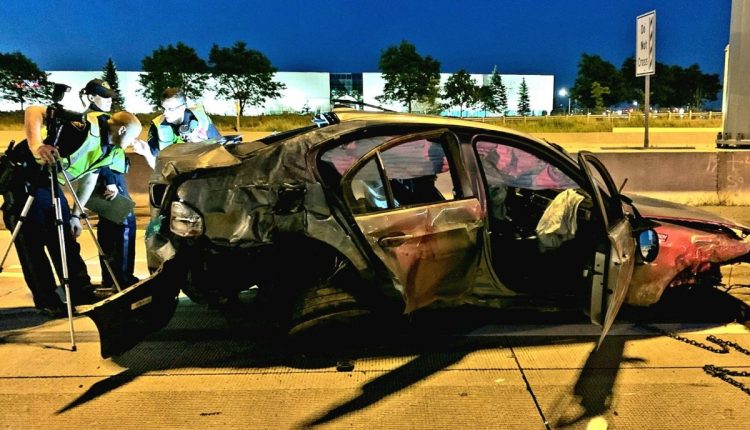 According to the service, a 20-year-old passenger was seriously injured when the vehicle overturned at about 1:20 a.m. on Westbound 401 near Hurontario Street

The man was reportedly taken to hospital in a life-threatening condition.

OPP has also discovered that the driver of this vehicle was seen escaping from the crime scene on foot after the collision. The provincial police are now asking the driver to turn himself in.

Anyone with information or witnesses to the early morning collision is encouraged to contact Mississauga OPP at 905-858-8670.

The investigation into this collision is ongoing.

Rollover collision: # Hwy401 wb in Hurontario. 20-year-old passenger with life-threatening injuries, driver was observed on foot while escaping from the scene of the crime. All witnesses are asked to report to #MississaugaOPP at 905-858-8670.
The driver is asked to provide himself. The investigation continues. pic.twitter.com/fugKrlVWzd

On street parking limited ahead of Laurier homecoming

Stocks close lower ahead of Fed decision on interest rates