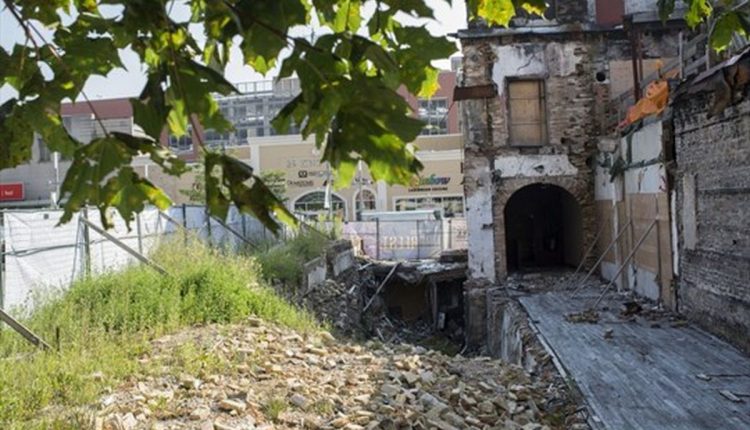 KITCHENER – More than two years after a fire destroyed a building on King Street East and damaged two others, the city’s chief construction officer ordered owners to repair or demolish the lots by August 19.

The buildings at King St. E. 24 and 26 are unsafe and people could be injured inside or walk past the weakened facades. It is feared that bricks could fall from one building onto the sidewalk and the other lacks structural support. The owners of the buildings obeyed orders to erect fences to protect people from danger.

Mike Seiling, the city’s director of building control, said the inspectors inspected the buildings on July 24 and issued the orders two days later.

“The inspection should determine whether the buildings are unsafe,” said Seiling. “And clearly 26 King is unsafe, and as a result of the inspection, we found evidence in 24 King that 24 is unsafe too.”

The owners have until August 19th to comply with the instructions. Seiling is now preparing to show contractors through the buildings on August 20 and to obtain offers for the demolition of the land. Demolition costs will be added to property taxes if owners do not complete the work by August 19th.

“The city is preparing to move ahead with the demolition of one or both buildings if the contracts are not fulfilled,” said Seiling. “If we tear it down, we will green it, if it comes to that, we will do that.”

A fire broke out on March 28, 2011 at The Stag Shop, located at 30 King St. E. This building was destroyed. All that remains is the basement and some rubble.

The Inception boutique at 26 King St. E. was already closed at the time of the fire, but the building was damaged and never moved into again. The Little Rascals children’s clothing store was located at 24 King St. East.

The repair or demolition orders apply to the two buildings at King St. E. 24 and 26. The fire damaged both buildings.

“I can tell you that at 24, 26 and 30 we have three different landowners and there are some unresolved insurance issues regarding the land,” Seiling said, “and that has delayed redevelopment.”

Seiling said he has been in weekly contact with the owners for months and once expected them to apply for building permits to renovate and restore the properties.

But that never happened.

“The city is preparing to move ahead with the demolition of one or both buildings if the contracts are not fulfilled,” said Seiling.

The buildings are represented in the municipality by Graf. Daniel Glenn-Graham, who is happy about the orders.

Glenn-Graham said he, the other downtown councilor, and the Kitchener Downtown Business Improvement Area were all pushing to do something with the location.

“It has a bad image,” said Glenn-Graham.

Empty and dilapidated buildings have no place in a downtown area where local and regional governments are spending hundreds of millions of dollars, Glenn-Graham said.

“The energy we have and the positive momentum really creates the drive to reinvent these spaces,” said Glenn-Graham.