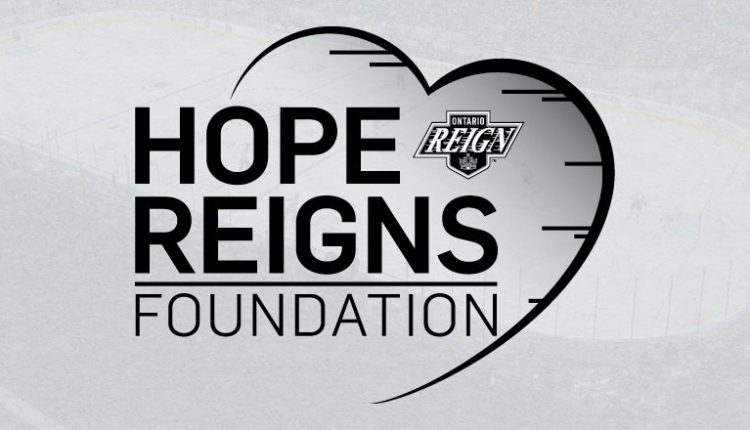 Pins & Pucks, the Reign’s annual bowling with the team event, allows Reign fans the opportunity to bowl alongside their favorite Ontario Reign players in a casual setting. This season’s event, which will be held at Big Al’s Ontario, is scheduled to begin at 6:30 pm, immediately following the Reign’s 3:00 pm home game against Bakersfield. All proceeds from the event will benefit the Hope Reigns Foundation and its charitable contributions throughout the Inland Empire.

Packages for the event start at $200, which includes bowling and dinner for one at the event, while a private lane, which includes bowling and dinner for five, plus a Reign player’s bowling shirt after the event, is available for $600. Reign fans and partners who purchase a private lane can select an Ontario Reign player to bowl on a first come, first served basis. Visit ontarioreign.com/pinsandpucks to join in on the fun.

The Reign Gala, the twelfth annual edition of the event, will take place at the DoubleTree by Hilton Ontario Airport. The event will begin with a cocktail hour and also includes dinner with Ontario Reign players and coaches.

Fans in attendance can bid on official Ontario Reign warmups jerseys, worn by the players during warmups at home games during the first half of the 2019-20 season, in a live-auction format during the event. All proceeds raised from the jersey auction will benefit the Be Perfect Foundation, which provides financial and emotional aid to individuals living with paralysis.

The Ontario Reign are underway in the 2019-20 season, their fifth as members of the American Hockey League. For more information on the upcoming season, as well as the 2020 AHL All-Star Classic, to be held in Ontario, visit ontarioreign.com, and to secure your seats with a Reign ticket plan, call 909.941.7825.