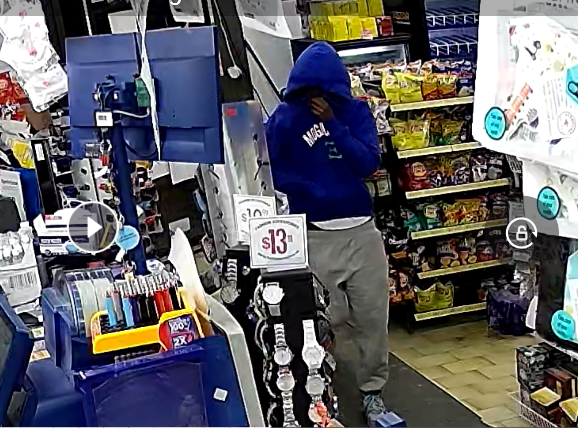 Waterloo police are still looking for a suspect after a grocery store in Kitchener was robbed. The following image was posted on Monday.

The attack occurred on Sunday, July 4th, around 3 a.m. in the area of ​​Westwood Drive and Westmount Road.

According to police, the suspect entered the store, pulled out a knife, and then asked the employee for cash. The suspect then fled on foot.

He was described as a black man, about six feet tall and wearing a blue hoodie and gray pants.

Woman charged in connection with robbery at Kitchener restaurant