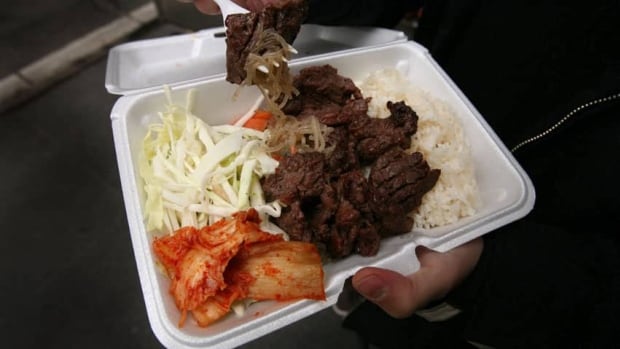 Controversy over new rules for food truck operators in Kitchener is heating up as a city committee reviews them next week.

While the council will not decide on the proposed set of rules until May, at least one food truck operator says that she will find it difficult to endure the new rules.

It’s about a new license fee of nearly $ 2,000 as well as an event fee of $ 150 for every time trucks are set up downtown for special Thursday night events.

City officials had previously suggested setting up food trucks 200 to 400 meters from existing restaurants. In the new proposed rules this limit would be reduced to 30 meters.

Andrea Kim and her husband Christopher started selling Korean groceries from their truck west of Seoul in September 2013. She says the new rules will affect her bottom line and, ultimately, her ability to run her business in Kitchener.

“The fee is not only unreasonable compared to neighboring cities’ fees, but also because of the type of access we get,” said Kim.

She and her husband have already acquired a license to operate in Hamilton, which compared to only about $ 300.

“Unless Kitchener can do something that is more workable for us, we have to go to Hamilton and other cities,” said Kim.

Chef Scott Davey says the high price is intended to help persistent restaurants compete against mobile food trucks that do not have to pay property taxes.

“They’re trying to strike a balance between what people want and what is fair to the food truck industry and make sure we don’t harm local restaurants,” said Davey.

Food trucks will continue to be allowed as special events in Kitchener under the amended rules proposed by the city staff. The council had previously considered rules at the end of February until a request from the council was made. Berry Vrbanovic sent employees back to the drawing board.

The following is included in the new rules that will be voted on Tuesday: