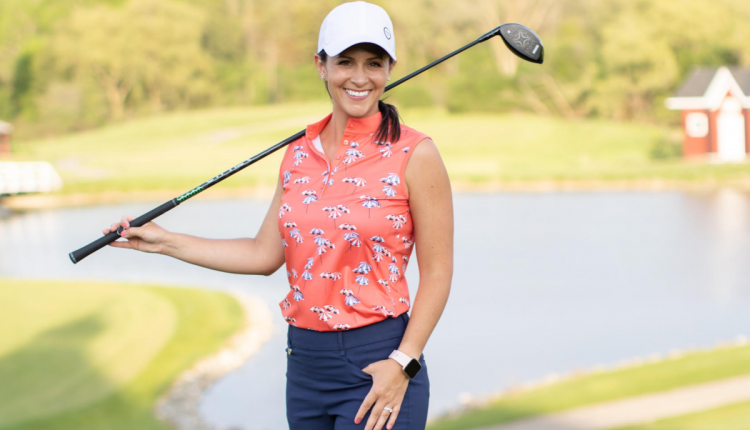 Learning the sport of golf can lead to a lot more than just a proper technique – the sport also develops vital skills such as patience, confidence and self-discipline, according to a local golf instructor.

“I think golf is a great teacher in and of itself. I think it’s great for showing kids the importance of setting different goals and how to control their emotions. Really all of the life skills you can’t get from playing a video game or some of the other activities kids do these days, ”said golf instructor Carly Peister.

Peister has been teaching golf since 2015 when she first launched her program, which offers summer camps as well as private and group lessons for adults and children.

That first year she only had 34 children in summer camp and 10 in class. Since then it has grown significantly: Today it has 232 summer camp students, 25 juniors, 65 in the junior league and another 250 in individual and group lessons.

“It has grown dramatically. It originally started when I was doing everything by myself with just six or seven campers and myself. I now have five or six staff on board and up to 10 to 15 high school volunteers getting their community service hours so we can accommodate more children, ”she said.

Although she teaches both children and adults, most of her clients are children who she says inspire and “make it fun to develop new teaching methods”.

“It’s important to have the right time with children and to help them develop the right habits from such a young age so they can watch the game and be successful later in the game,” she said.

Peister himself started playing when he was eight, but didn’t fall in love with the sport until high school and met other girls her age who played.

“When I started out as a young player, there were no girls’ programs,” she said, adding that the existing programs were very male-dominated.

“When I got into the sport and met other girls playing, it definitely got more enjoyable.”

After that, it was something she could do with her family too, as her father was always an avid golfer and taught her how to play.

“He always taught me to have fun and not be too pressurized while playing,” she said. This is the philosophy that is the main focus of her teaching today.

“I make sure it’s not just about the basics of golf, but also about enjoying the sport and learning how to play it for a lifetime,” she said. “I think that’s one of the great things about golf because the risk of injury is relatively low. You can play it all your life. “

In order to really relieve learning and to make it fun for children who are new to the sport, she uses many playful learning activities.

“Whether it’s a series of different exercises that focus on certain aspects of the game, or different games that focus on our particular skills … We do a lot of things like hula hoops and pool noodles, for example.

“With the little ones, one of their favorites is when I put various dinosaurs and animals on the putting green. It just changes the concept of being put in a hole to a game of how we get all animals back to the zoo, ”she said.

Through these games, they’ll learn how to aim and hit the correct weight of a putt without focusing on whether or not to get it in the hole, and instead shift the focus to learning while having fun.

“I think it’s the best way to keep the kids busy and not leave them on their own. And I think golf is because it is a demanding sport and very technical, and if children don’t succeed so quickly, they want to give up, ”she said. “So when you turn it into a more game-based learning style, they stay engaged and want to come back and make the game better.”

Peister’s young students often come back later to volunteer with their summer camps; she even hired a couple of them.

For the youngest age group, she has a small children’s program for three to five year olds. But she says the majority of the teenagers she teaches are between six and nine years old.

While Peister says the program has grown over the course of the pandemic because parents feel it is a safe, contactless activity, she says she has also worked hard over the past six years to keep attracting more customers to win.

Last year, Peister was the only Canadian to win the US Kids Gold Coach Award as one of the top 50 golf coaches.

Classes typically last an hour and typically focus on full swing putting, chipping, or bunkering. Typically around six students will come to one teacher, which means they will get a lot of one-to-one tuition.

For teaching, she follows an achievement program called the US Kids Golf Player Pathway Program, in which children are awarded pins every time they learn something.

“So you teach them the aspect, and then there is a challenge that comes with that skill. So let’s say it’s putting, they need to be able to show you how to line up and how to aim. And then they have to complete a skill challenge where they have to do so many putts from different distances. And if they pass, they get a performance pin, which is kind of fun. “

She says the program helps them focus on what they want to achieve during a lesson, what skills they really want to improve that day.

The Peister summer camps are similar to the courses, but last around half a day and can accommodate more children who are divided into smaller groups. While the summer camp focuses on learning to play golf, campers mainly learn through golf-inspired games.

“I always appreciate it when parents trust me to work with their children,” she says. “And a lot of the kids I’ve worked with for years have built really good relationships and it’s really a special feeling to be part of my life with them. Each of my customers has a special place in my heart. “

Find out more about the Peister program here.