Repair work at a former nuclear bunker in Kitchener is done. Now, the region looks at next steps

Repair work at a former Cold War-era bunker in Kitchener, Ont., is complete and staff with the Region of Waterloo say they are looking at the next steps in the project.

The bunker was originally built in 1966 across the street from Grand River Hospital’s Freeport campus over fears of a possible nuclear attack, a regional staff report about the building says.

In recent years, it was used as a meeting space by the KW Amateur Radio Club, and then by the KW Rowing Club before the club was told to vacate following building assessments in 2017 and 2018.

The 5,720-square-foot facility underwent much needed repair work in the fall of 2022, the region’s Engage page says. That work included the removal of hazardous materials, rehabilitation of the roof and other repairs to prevent moisture from entering the structure.

“This work is simply to stabilize the structure for safe entry and prevent further deterioration,” the region’s Engage page says.

Other repairs include the additions of waterproof membrane on the roof and stabilized retaining walls on the outside, said Helen Chimirri-Russell, director of cultural services for the Region of Waterloo.

“Now that the space is safe again, it offers us a lot more space for us to go in and start using our imaginations about how the space can be used. It’s a really exciting step that we’re in right now,” she said .

This is what the exterior of the bunker looked like before repair work took place last fall. (Carmen Groleau / CBC)

Engaging with the community again

Chimirri-Russell said staff are now gathering information around the structure’s background and history to share with the public.

“It’ll give the community a better understanding of the site and give us some input of how it can be used in the future,” she said.

The region did hear from the community in 2021 through an online survey, but now that the space is fixed and safe to walk around, Chimirri-Russell said it’s time to engage with the community again.

“It is a large space. It is a flexible space. It’s in a special location, so let’s start talking to the community about community needs on one hand, but also the uniqueness of the space and the potential opportunities for its use,” she said.

It’s not clear when or how that engagement will take place, but Chimirri-Russell said the goal is to schedule it this year. 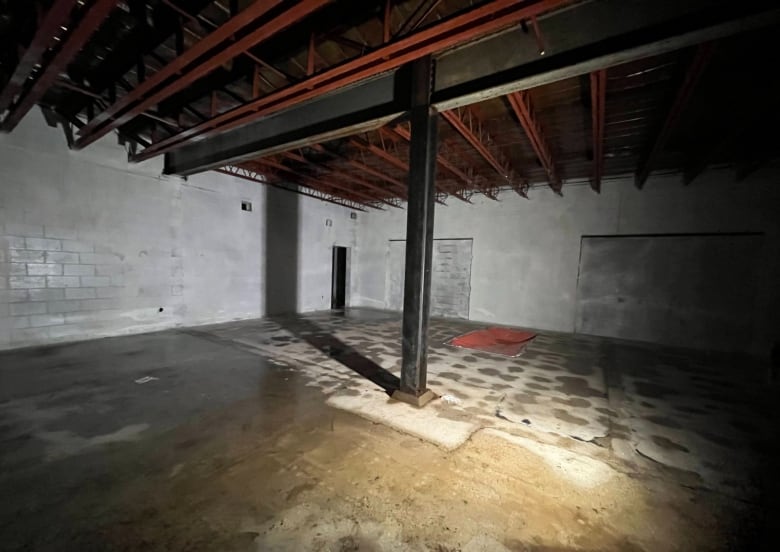 This is what the interior of the former nuclear bunker looks like now that repair work is completed. (Submitted by The Region of Waterloo)

Nail-making company in Kitchener fined $100,000 by Ministry of Labour

What comes next for Kitchener’s old Cold War bunker?