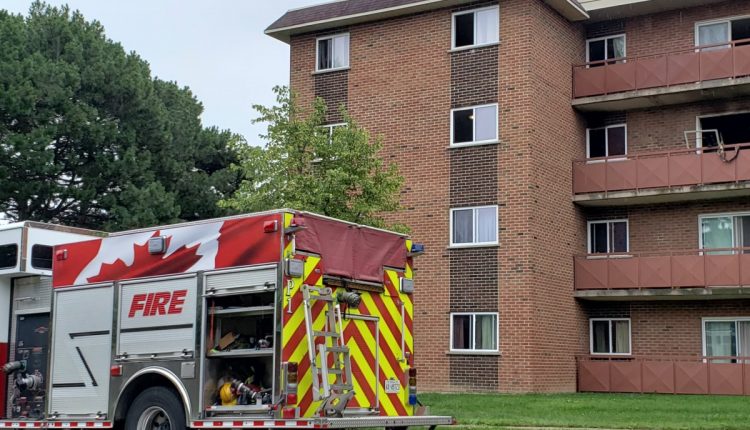 It happened early Sunday morning at Brybeck Crescent, which resulted in an estimated $ 1 million damage

A cause is still being investigated after a dramatic fire on Sunday morning in Kitchener.

Kitchener Fire Crews responded to 77 Brybeck Crescent around 4 a.m., where smoke and flames could be seen on the third floor.

Firefighters tried to rescue the residents of the four-story building from their balconies and avoid injuries.

As a result of this fire, 30 units of the house were hit and about 59 residents were displaced – 30 people are now in temporary Red Cross accommodation at a local hotel. When these people can return to their residential units is currently unclear – depending on the investigations and the damage to the building.

According to the latest information from Kitchener Fire, Ontario’s Office of the Fire Marshal has assisted the fire investigation.

The estimated cost of the damage is currently around $ 1 million as the fire caused significant damage to the building – mainly on the third and fourth floors, according to the fire department.

The cause of the fire and the amount of damage are currently still unclear, according to #kitchenerfire.

People were reportedly rescued from balconies during the early morning response to the great fire. @ 570NEWS pic.twitter.com/wJ8QRgPUuo

The Kitchener food truck debate – from both sides of the kitchen