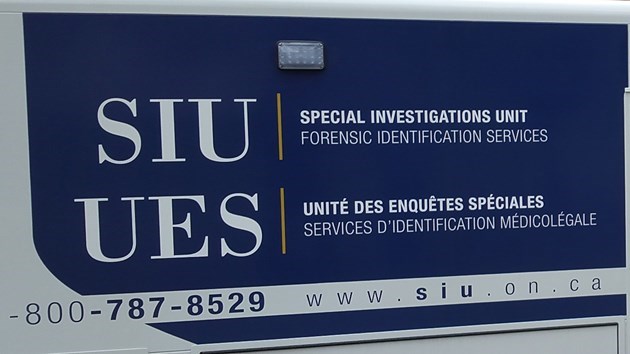 Ontario Police Station was called after a Kitchener man was shot by a Waterloo area police officer in a parking lot.

The provincial special investigation unit says preliminary information suggests officials were called to the Strasburg Road and Ottawa Street area around 6:50 p.m. Wednesday about a man in distress.

The SIU said the man was shot after allegedly approaching one of the officers with a gun.

He was taken to hospital with serious but not life-threatening injuries.

The regional police announced in a press release that the man probably hit a patrol car with his vehicle when the officers arrived at the scene.

The SIU is automatically called to investigate police-involved incidents that result in serious injury, death or allegations of sexual assault.

WRPS investigating after shots fired into vehicle in Kitchener (update)