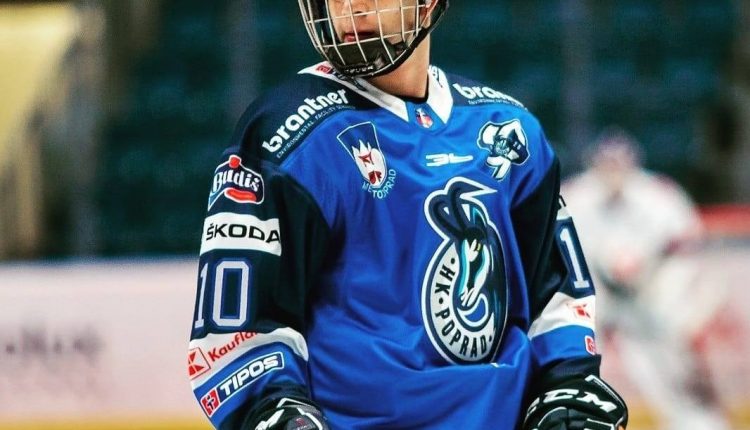 The 5-foot-10, 168-pound right-shot forward will wear number 48 for the Rangers this season

The 5-foot-10, 168-pound right-shot forward is 18, ranking 26th overall in the 2022 NHL Draft before signing a three-year NHL entry-level contract with Montréal in July 2022. In the 2021 CHL Import Draft, Mešár was a first-round selection (9th overall) by the Kitchener Rangers.

Most recently, Mešár suited up for three preseason games with the Habs during training camp, registering a plus-two differential while averaging 12:53 of ice time. He also made his North American pro-debut in Laval on Friday, finishing the night with two shots on goal and a minus-one differential in the Rocket’s home opener.

Mešár has played in Slovakia’s highest-level men’s professional league, the Tipos Extraliga (Slovak Extraliga), since he was just 16-years-old. He also recorded 30 points (12G, 18A) and a plus-5 rating in 73 games during his two years with HK Poprad.

A native of Kezmarok, Slovakia, Mešár represented his nation on the international stage, recording eight points (2G, 6A) in five games to help lead the Slovaks to a Silver Medal at the 2021 Hlinka Gretzky Cup. He also competed in two games with Slovakia as an under-aged player at the IIHF World Junior Championships before the event was canceled due to the pandemic.

Filip is expected to arrive in Kitchener Saturday afternoon and will wear number 48 for the Rangers this season.

The Rangers will return to The Aud on Sunday when the club hosts the Flint Firebirds.

Tickets are $21 for children and $25 for adults and can be purchased online now by clicking here.

Shooting early Saturday in west Kitchener may have been targeted: WRPS – Kitchener