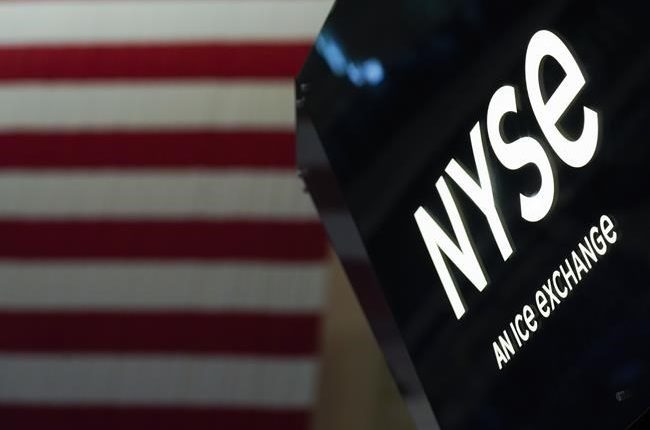 NEW YORK — Stocks ended broadly lower on Wall Street, leaving most major indexes in the red for the week, as more concerns arose about inflation. Markets fell after a report showed US

NEW YORK — Stocks ended broadly lower on Wall Street, leaving most major indexes in the red for the week, as more concerns arose about inflation. Markets fell after a report showed US consumers raising their expectations for inflation, yet another signal that the Federal Reserve will have to continue aggressively raising interest rates. The strategy raises the risk of a recession. The S&P 500 fell 2.4% Friday. The Dow fell 1.3% and the Nasdaq gave back 3.1%. The yield on the 10-year Treasury note, which influences mortgage rates, rose above 4% and is the highest it’s been since 2008.

A broad slide for stocks on Wall Street Friday has the market on pace to end a turbulent week of trading in the red as investors weigh the latest updates on inflation expectations, consumer spending and corporate earnings.

A report showing US consumers raised their expectations for future inflation hurt markets worldwide, offering another signal the Federal Reserve may have to continue aggressively hiking interest rates to temper stubbornly hot inflation. The strategy raises the risk of a recession.

The S&P 500 fell 2.1% as of 3:46 pm Eastern. The decline marks another sharp reversal in a very volatile week. The benchmark index was up as much as 1.2% in early trading. It’s now on pace for a weekly loss after giving back most of its gains from a strong rally a day before.

Trading has been unsettled all week and was especially volatile on Thursday after a government report showed that inflation remains very hot. Major US indexes staged their biggest comeback in years on Thursday in a reversal from steep morning losses.

“I don’t think that (the rally) technically or fundamentally means anything because a whole lot hasn’t changed,” said Sylvia Jablonski, chief investment officer at Defiance ETFs. “I don’t think we’re likely to see any sense of direction or stability in the near term.”

Investors have been looking for any sign that could allow the Fed to eventually ease up on its interest rate increases. Fed Chair Jerome Powell has said Americans’ expectations for future inflation plays a big role in setting interest rates, because a runaway there could create a much more dangerous, self-fulfilling spiral.

Inflation, though cooling in some areas of the economy, remains stubbornly hot overall. A survey from the University of Michigan on Friday showed that consumers raised their expectations for future inflation. It also showed that overall consumer confidence remains surprisingly strong despite high prices on a wide range of goods.

Wall Street is also reviewing the latest earnings reports for more clues about how companies are dealing with inflation.

UnitedHealth Group rose 1.3% after raising its profit forecast for the year.

Markets in Europe were higher after British Prime Minister Liz Truss has abandoned a planned cut to corporation taxes, scrapping a key part of an economic plan that set off weeks of market and political turmoil.

A government report showed that the pace of sales at US retailers was unchanged in September from August as rising prices for rent and food chipped away at money available for other things. The report was worse than economists anticipated.

Jan. 6 takeaways: Ahead of election, warnings on democracy