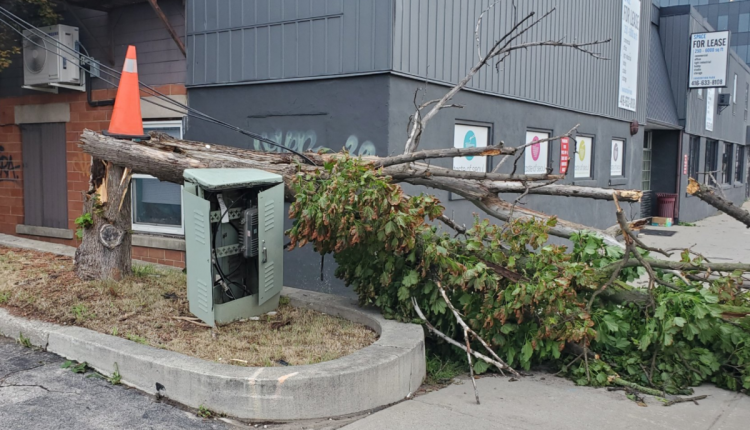 The cleanup in the town of Kitchener is expected to take several weeks after Tuesday’s heavy storm.

The weather system saw fallen trees and resulted in several outages. At one point, KW Hydro reported that more than 20,000 customers were affected.

Niall Lobley is the City of Kitchener’s Director of Parks and Cemeteries.

He told 570 NEWS that Ward 9 and Ward 10 saw the worst downtown, but there were reports of damage across the city.

It was too early to estimate the cost, he added.

The crews worked Tuesday night and again all Wednesday. They’ll be back on Canada Day, with five or six city teams to be deployed.

What to do for a getaway to Kitchener-Waterloo