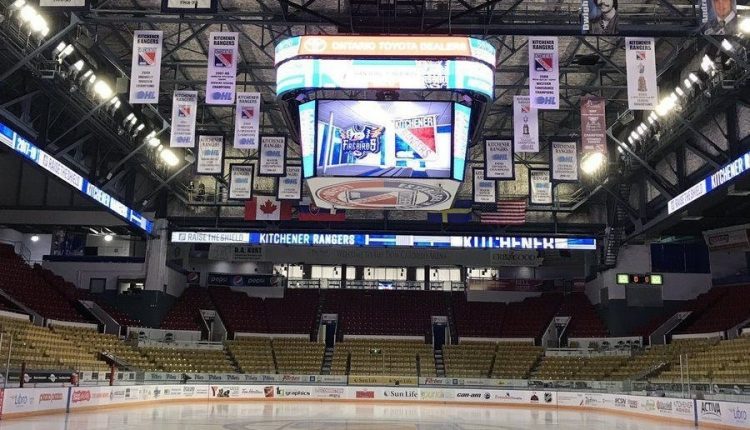 The Kitchener Memorial Auditorium will be featured as a backdrop in an upcoming biopic series about Toronto Maple Leafs legend and Hockey Hall of Famer, Börje Salming.

In the limited series, The Aud will double as the Maple Leaf Gardens in Toronto, which used to be home to the Leafs for many decades.

Salming played for the team throughout the 1970s and 80s, prior to renovation at the Gardens.

That was an issue for director, Amir Chamdin, who originally wanted to film in the Toronto arena.

“The exterior’s there, but the interior is not. We were like ‘why did they destroy the interior?'” said Chamdin.

Then, a friend told the production team about The Aud.

“It looks like a replica of the Maple Leaf Gardens. Then, we found it was probably the same architect that did both places. That’s a blessing in disguise for us because all of a sudden we had an interior with the right color scheme, the right atmosphere, everything,” he said.

That allowed Chamdin to film at The Aud without having to add any special effects.

“Because of Kitchener, I can actually shoot the way that I want to shoot, adding then, more of the billboards from the Maple Leaf Gardens,” he said.

The series is still being filmed, but it was originally the story of a boy who lost his father at a young age, and struggled with his mother and brother that drew Chamdin to the project.

“Then, I realized it’s the Salming story. Oh, wow. So, it’s something there that you can accomplish and be somebody. Be the best at what you do in the world, but what is the driving force? I think it’s not always about… being at the top of the game. I think it’s more other stuff that drives people to get somewhere,” he said.

“It’s very inspiring to work with this. I hope this show will inspire kids because he’s a good role model.”

Chamdin expects filming to wrap in a couple months and hopes the series will release in a year or two.