To read a more recent update: Update on biosimilars in Canada – October 2021.

The following provides an overview of the many developments regarding biosimilars in Canada (approvals, pending submissions, regulatory, litigation and market access) that have taken place since our last update in August 2020.

This brings the total Health Canada approvals to 36 biosimilars of 14 innovator products. The complete list is below (italicized products are not yet marketed):

* Review time calculated from date of filing to the earlier of the date approval and IP hold, where available 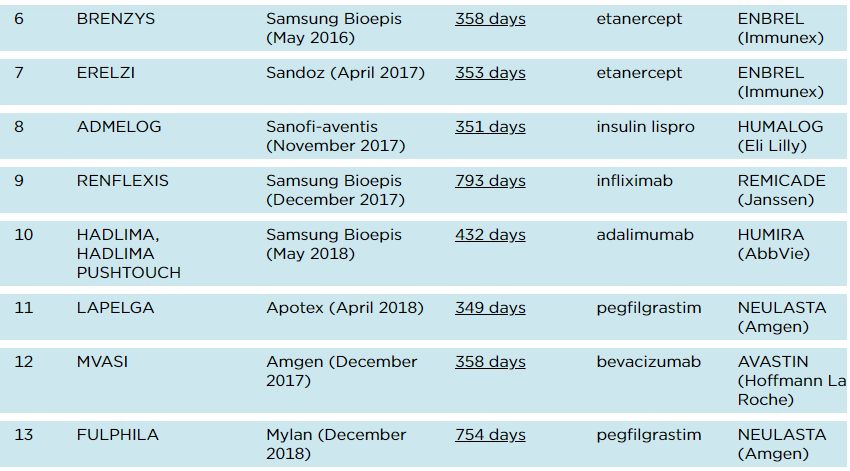 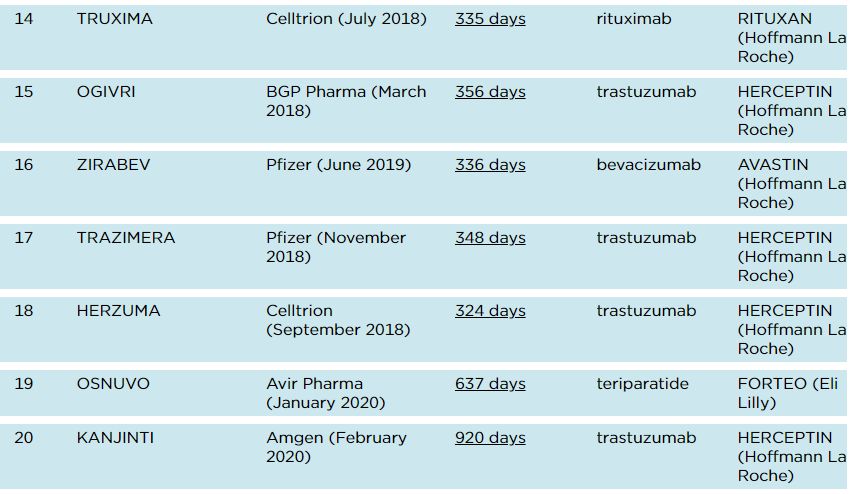 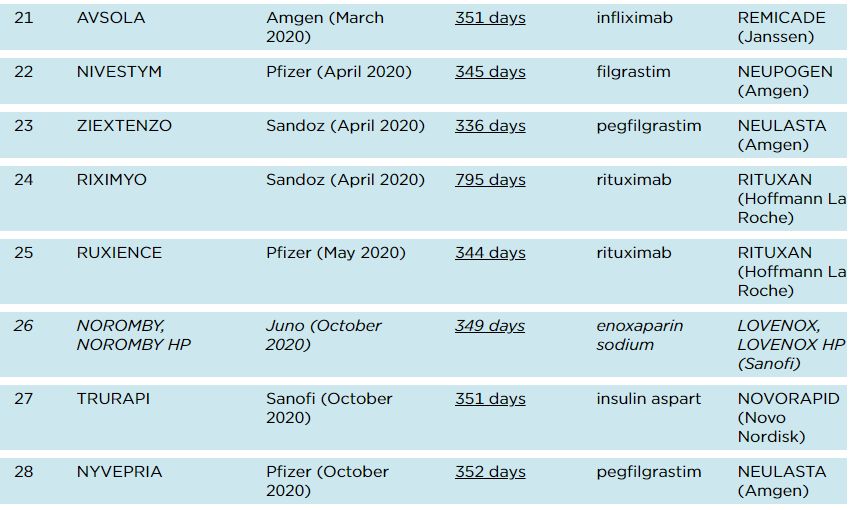 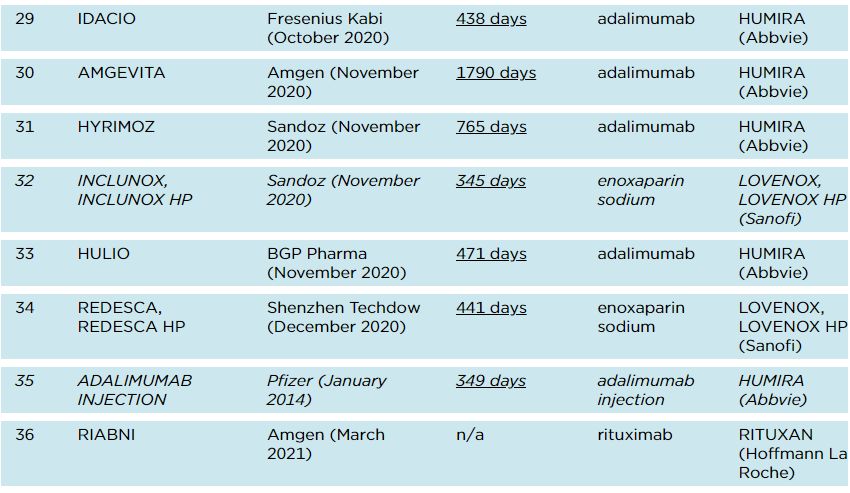 There are also 3 new drug submissions pending for trastuzumab, which are likely biosimilars, but are not specifically identified as such as they were filed prior to October 2018.

Health Canada has posted a Regulatory roadmap for biologic (Schedule D) drugs in Canada, a compilation of information about the regulation of biologic drugs for human use in Canada.

As reported in our previous updates, in Ontario, the reimbursement criteria for biosimilars for infliximab, etanercept, filgrastim and rituximab are less restrictive for most indications as compared to the reference biologic. This is explicitly stated in the Biosimilar Policy and the Reimbursement of Biologic Originators through The Exceptional Access Program Reimbursement (at page 5 of Exceptional Access Program Reimbursement Criteria for Frequently Requested Drugs). This policy was similarly implemented for recently funded adalimumab biosimilars (Notice and FAQ) and the insulin lispro biosimilar (Notice and FAQ). Notably, Ontario does not require treatment-experienced patients to switch. However, patients who are treatment-naïve will only be funded for the biosimilar for its Health Canada approved indications.

Pursuant to Alberta’s Biosimilars Initiative, patients were, and continued to be, switched from the reference biologic to a biosimilar for certain indications (most recently, for an additional indication for etanercept by May 1, 2021.)

New Brunswick has also now launched a Biosimilars Initiative. Between April 21 and November 30, 2021, patients who use six different biologic reference molecules (adalimumab, etanercept, infliximab, insulin glargine, insulin lispro, and rituximab) for various indications must switch to a biosimilar to continue their coverage.

Should you have any questions, please do not hesitate to contact a member of the Life Sciences Regulatory & Compliance group.

The preceding is intended as a timely update on Canadian intellectual property and technology law. The content is informational only and does not constitute legal or professional advice. To obtain such advice, please communicate with our offices directly.

Man charged after hours-long standoff with police at Kitchener home