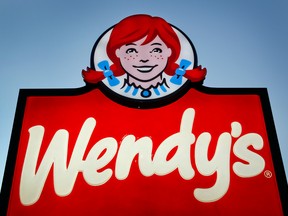 Wendy’s burger chain is launching a coffee and breakfast menu at its restaurants across Canada for the first time in more than four decades. Photo by Patrick T Fallon/Bloomberg

The company behind the Wendy’s burger chain is launching a coffee and breakfast menu at its restaurants across Canada for the first time in more than four decades, aiming to steal market share from Tim Hortons and other fast-food incumbents as commuters reform their morning routines post -pandemic.

“No one has any born right to be on top,” Abigail Pringle, chief development officer at The Wendy’s Co., said ahead of Wednesday’s breakfast announcement.

The Dublin, Ohio-based burger chain sees Canada, already its most important market outside the United States, as a natural place to expand. It’s betting that breakfast — and Canadians’ caffeine addictions — will accelerate that growth, allowing franchisees to extract more revenue using their existing assets.

Wendy’s is late to breakfast, a market that Tims, McDonald’s Corp., Starbucks Corp., and others have been fighting over for decades. One reason it is only happening now could be that Wendy’s owned the biggest brand in Canadian breakfast until 2006.

“Store owners were vehement about that: You’re not getting our coffee. And they never did,” recalled Buist, who retired in 2001.

Wendy’s owned Tim Hortons from the mid-1990s to 2006, and still operate some joint locations in Canada. Photo by Postmedia

Wendy’s Canada will now have coffee of its own. Pringle, who is also head of international business, said her Canadian team has been developing its own product for the breakfast launch, rather than inherit the American version.

“I’m a Canadian. I was born in Canada. We can’t just copy-paste from the US to Canada,” she said.

Wendy’s US operations rolled out a new breakfast menu in 2020 that included coffee, a “Baconator” breakfast burger and “Frosty-ccino” iced coffees. In its last earnings update, the company said breakfast accounted for seven per cent of overall sales.

Wendy’s Canada, which has grown from one Canadian store in 1975 to more than 400 locations, last tested breakfast more than 10 years ago and has never launched a breakfast menu nationwide. Canada has lagged behind the new US menu for two years in part because Wendy’s has been conducting market research to adapt their breakfast strategy for a Canadian audience.

Pringle wouldn’t share the new menu, which will launch this spring, but said the research made clear that good coffee would be “critically important” to Canadian consumers. By comparison, American breakfast customers are more interested in pop. “It is far higher than you would ever expect,” Pringle said of the number of Americans who like to wash down their bacon and eggs with carbonated sugary drinks. “In Canada, no one drinks soda for breakfast. It’s very rare.”

Tim Hortons, still the dominant force in Canadian coffee, has been focusing on getting better at breakfast as part of a two-year bid to boost flagging sales and rehabilitate its brand. The chain launched its “back to basics” strategy after acknowledging that constant fiddling with the menu had alienated its loyal fan base and complicated operations. Since then, the strategy has contributed to a series of successes for the brands, notably the “Timbiebs” collaboration with Justin Bieber that became a runaway success late last year.

Restaurant Brands International Inc., which has owned Tim Hortons since 2014, said in an earnings update last week that the coffee chain’s breakfast improvements helped drive morning sales past 2019 levels for the first time since the start of the pandemic.

Fast-food sales at breakfast dropped dramatically during the pandemic, mostly because of the shift to working from home. But breakfast is still the part of the day that attracts the most traffic at fast-food restaurants. Morning visits increased one per cent last year from 2020, although they were still down 21 per cent compared with pre-pandemic levels, according to market research firm NPD Group.

“It’s bigger than lunch. It’s bigger than supper. And while it shrunk … it never lost its number-one spot,” said Vince Sgabellone, NPD’s foodservice industry analyst. “A lot of those visits are coffee-driven. Canadians love their coffee.”

As commuters return to work, Wendy’s is banking they’ll have forgotten their old routines and be willing to try someplace new for coffee. To catch their attention, the burger chain seems willing to bruise some egos in the industry. In a news release, Wendy’s poked fun at “stale breakfast sandwiches, and see-through bacon” currently on offer in Canada. And in an interview, Pringle appeared to jab at Tim Hortons’ compact food prep stations.

“We have kitchens,” she said. “We actually make our food in our restaurants.”

Listen to Down to Business for in-depth discussions and insights into the latest in Canadian business, available wherever you get your podcasts. Check out the latest episode below:

Sign up to receive the daily top stories from the Financial Post, a division of Postmedia Network Inc.

Thanks for signing up!

A welcome email is on its way. If you don’t see it, please check your junk folder.

The next issue of Financial Post Top Stories will be in your inbox soon.

We encountered an issue signing you up. Please try again

Postmedia is committed to maintaining a lively but civil forum for discussion and encouraging all readers to share their views on our articles. Comments may take up to an hour for moderation before appearing on the site. We ask you to keep your comments relevant and respectful. We have enabled email notifications—you will now receive an email if you receive a reply to your comment, there is an update to a comment thread you follow or if a user you follow comments. Visit our Community Guidelines for more information and details on how to adjust your email settings.