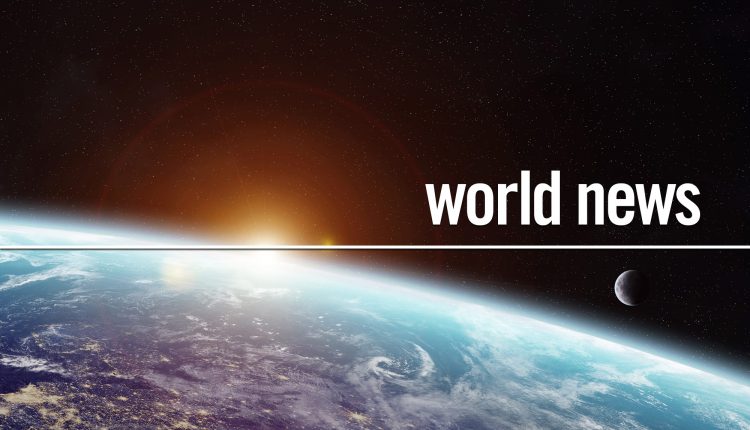 SANAA, Yemen (AP) – At least 30 soldiers were killed in a rocket and drone attack on an important military base in southern Yemen on Sunday, said a Yemeni military spokesman. It was one of the deadliest attacks in the country’s civil war in recent years.

SANAA, Yemen (AP) – At least 30 soldiers were killed in a rocket and drone attack on an important military base in southern Yemen on Sunday, said a Yemeni military spokesman. It was one of the deadliest attacks in the country’s civil war in recent years.

Mohammed al-Naqib, spokesman for Yemen’s Southern Forces, told The Associated Press that at least 65 people were injured in the attack on Al-Anad air base in Lahj province.

Graphic footage from the scene showed several charred bodies on the floor with ambulance sirens in the background.

Yemeni officials said there had been at least three explosions at the air base, which is held by the internationally recognized government. Nobody immediately admitted to the attack.

Yemen has been embroiled in a civil war since 2014 when Houthi rebels conquered large parts of the north and captured the capital Sanaa, forcing the internationally recognized government into exile. The Saudi Arabia-led coalition entered the war alongside the government the following year.

A ballistic missile landed on the base’s training area, where dozens of soldiers were doing morning exercises, officials said. Medics described a chaotic scene after the explosions in which soldiers took their wounded colleagues to safety for fear of another attack.

Soldier Nasser Saeed survived this attack. He was taken to Naqib Hospital in Aden along with other wounded. He said a barracks that housed over 50 soldiers had been hit by rockets and then by drones loaded with explosives.

“We were able to shoot down a (drone),” he said. “Many were killed and wounded.”

Officials blamed the Houthis for the attack on the base that was once the site of US intelligence operations against the powerful Yemeni offshoot of al-Qaeda. The officers spoke on condition of anonymity as they were not authorized to inform the media.

The victims belong to the government-affiliated Giants Brigades, which are supported by the United Arab Emirates. The unit said in a statement that the attack involved a series of ballistic missiles and explosive-laden drones. The UAE is a mainstay of the Saudi Arabia-led coalition.

The Houthi military spokesman has neither confirmed nor denied the attack, which bore the signature of the Iranian-backed rebels. The Houthis have previously launched similar attacks, including a bomb-laden drone on Al-Anad in January 2019 that killed six soldiers.

The Iran-backed rebels also launched a rocket attack on the airport in the southern city of Aden in December when government officials arrived. At least 25 people were killed and 110 others injured in the attack.

The Houthis had captured Al-Anad Base in the months following their 2014 takeover of Sanaa, before government forces recaptured it during the battle to reverse the rebels’ gains.

“This terrorist attack confirms once again that the continuation of the Houthi militia is on the rise of military escalation,” he wrote on Twitter.

The attack on the base on Sunday came when the Houthi rebels encountered heavy resistance and suffered heavy losses in their months-long attempt to capture the crucial city of Marib by the internationally recognized government. Thousands of fighters, mostly by the Houthis, have been killed in Marib in recent months.

The Houthi offensive on Marib, combined with an increase in missile- and explosives-laden drone strikes on Saudi Arabia, came amid increasing international efforts to stop fighting and resume talks between the warring parties to resolve the war in the poorest country in the world Arab world to end.

The deadlocked conflict in Yemen has killed more than 130,000 people and sparked the world’s worst humanitarian crisis.

By Ahmed Al-haj and Samy Magdy, The Associated Press

‘Clearly discriminatory and systemically racist’: Report on B.C. schools board